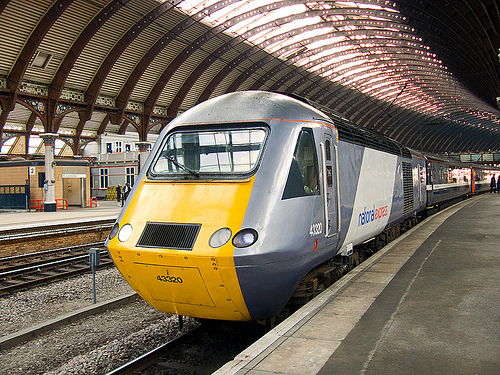 Will this focus attention on the issue of ‘privatisation’?

Two big news stories in the last day or so – the postponement of the partial sale of Royal Mail (Lord Mandelson cited current economic circumstances, and potential buyers being unable to offer deals that were value for money), and the temporary nationalisation of the East Coast Line rail franchise by Lord Adonis.

The Royal Mail part-privatisation delay will mollify union opposition (who are, let us not forget, Alan Johnson’s base of support), but it is the government intervention in the railways that has really caught my eye.

When you consider the percentage of voters lives taken up with commuting and travelling, against the rather more narrow and rarer instances in which voters encounter the education and health services, it has always surprised me that governments neglect transport by comparison. If government’s win re-election because of general satisfaction with quality of life, it has always seemed to me that the most frequent and vitriolic dissatisfaction is from those who endure packed commuter trains, severe traffic jams, and unbearably warm Underground carriages. The accumulation of daily frustration, it seems to me, would have far more of a negative sway on how contented people feel compared to the average 25-65 year old who rarely engages with the education or health systems.

Rail nationalisation is an awkward subject, because the privatisation of the Rail network is still held to be a model of how things shouldn’t be transferred out of public ownership. I make no judgement on whether rail should be public or privately owned, but even the mention of the debate tends to draw stark lines amongst commuters, brings back the struggles of a bygone decade, and hardens opinion.

I don’t fully understand why Lord Adonis took the remarkable step of temporary nationalisation of the line which had been run by National Express, when GNER (on the same line in the same circumstance) continued to run the franchise under management contract until a new TOC could be found (see Tom Harris MP’s blog – he was Transport Minister at the time). One school of thought would say that the government should be seeking to avoid blame for everything possible, and so inheriting millions of disgruntled commuters might be a foolish move.

On the other hand, politically speaking, the temporary nationalisation has a couple of tangental benefits for the government. It reminds people of the Tory government that privatised the railways and the less-than-optimal model they implemented. It tips a psychic wink to the left that whilst they might need to transfer some of Royal Mail, there might be an opening for renationalisation of another key asset. Finally, it might focus attention on an area that the Tories have not ringfenced from cuts – we know that Health and International Development will be protected by Cameron’s cabinet: by raising the profile of transport, and allowing the message that an already creaking infrastructure will see less investment is exactly the sort of ‘Tory cuts’ message that Labour can use all across the country.

I, of course, would never be so cynical to suggest that Andrew Adonis had any political motivation for renationalising the East Coast line, but there might be some tangential political benefit for Labour in any case. Lucky that.