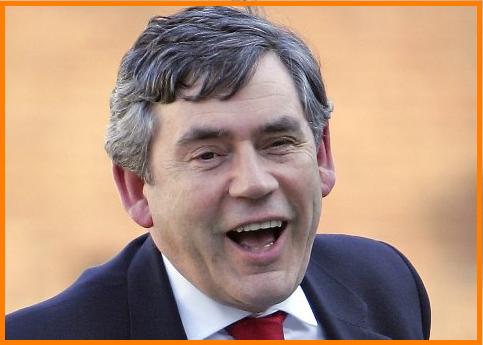 Has he the power to defer the election until 2013?

While I was researching the deadline for nominations for the Norwich by-election (4pm today), I found a fascinating research paper from the House of Commons – as reliable a source as could be wished for.

It details the timetables for elections to various parliaments, assemblies and councils within the UK as well as giving detail on background and procedure – and contains an amazing loophole relating to the deadline by which the general election has to be held.
The Act governing the length of parliaments is the now somewhat misleadingly titled Septennial Act 1715. That was amended in 1911 to limit a parliament to five years, meaning that the current one will expire five years after it first met, on May 10 2010.

The assumption has always been that once parliament expires, writs will be issued for the general election, which according to the timetable currently in force would put the date of the election on Thursday June 3 (or possibly Friday June 4 if the writs were issued the day after expiry – though that would break with the tradition of elections being on a Thursday).

However, parliament has not expired in modern times; a dissolution has always been the mechanism through which a general election has been called. That, however, does not mean that a dissolution has to take place.

The only statutory requirement to move writs for a general election is under the Meeting of Parliament Act 1694, which allows no less than three years between the dissolution and the writs being issued. In other words, technically, the election doesnâ€™t have to be held until June 2013.

For practical purposes, thereâ€™s no way a government could get away with a delay of that length. For one thing, there are various laws which lapse if they are not approved annually, including the provision for income tax – a key part of the governmentâ€™s defence against Frank Fieldâ€™s amendment to the Finance Act yesterday. For another, that sort of delay would be contrary to a constitutional convention of over three centuriesâ€™ practice, backed up by dozens of examples.

Even so, if three years is completely out of the question, a few weeks or – stretching it – months might not be.

Think back to 2001. Tony Blair had a general election planned for May that year but the Foot and Mouth outbreak meant that it had to be delayed as much of the countryside was shut down and the government needed to get to grips with the crisis. That was in the fourth year of a parliament but had it occurred a year later, rather than passing emergency legislation, the government could simply have waited before asking the Queen toÂ set the election in motion.

I do not expect an election in June or later next year – it will very probably be May 6. Avoiding the public for partisan reasons would go down appalling badly and might not even be tolerated by the palace. However, it is worth bearing in mind that should the circumstances justify it, the legal framework is already in place.