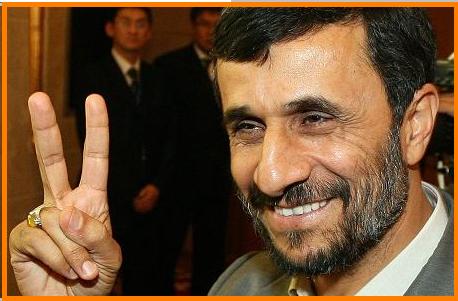 Foreign events have changed things before – could it happen again?

In the immediate aftermath of the Iraq War, a senior Bush official was reported as saying “Real men don’t go to Baghdad, they go to Tehran.” If the neo-Cons who were pushing that agenda were as influential now as they were then, then the Iranian governmentâ€™s current actions would be making their trigger fingers decidedly twitchy.

Of course, not only are the neo-Cons of the Bush administration not in power but a very great deal has happened both in America and in the Middle East since 2003; most recently, the Iranian elections.

There should be little doubt that the arrests and trials taking place in Iran in relation to the recent elections are mostly about Iranâ€™s internal politics. Ahmadinejadâ€™s mandate is known to be weak by both Iranâ€™s well-educated and informed population and by those outside the country. As so often in such instances, weakness in one area leads to a show of strength in others: in this case, those being a demonstration of his control of the stateâ€™s powers and his willingness to once again antagonise the major Western powers.

By arresting British and French embassy staff (and a French academic), Tehran is again pushing for a confrontation, presumably of words. That suits their governmentâ€™s domestic agenda: standing up for the nationâ€™s honour against foreign interference is always likely to go down well with the public and the choice of the old imperial powers is presumably not a coincidence there.

Thereâ€™s another reason though to pick representatives of the UK and France in this way: Iran could be testing the water for what kind of response it will get. (Thereâ€™s at least one other good one for not going for a US – when the embassy staff are pardoned, as they probably will be, it means Tehran wonâ€™t appear to be making a concession to the â€˜Great Satanâ€™). The statements against US and British â€˜interferenceâ€™ should be seen in the same light, though those countries substantial interference in Afghanistan and Iraq – both neighbouring Iran – shouldnâ€™t be ignored either.

Underlying the latest spat, and the reason Iran needs to know how aggressive a policy the West is likely to pursue towards Iran, is the question of their nuclear programme.

Here lies one of the big variables of the next 12 months. Two years ago, the US released an assessment of Iranâ€™s nuclear programme giving as â€˜late 2009â€™ as the earliest date by which it could acquire a nuclear weapon but citing 2010-15 as more likely. President Ahmadinejadâ€™s term of office now covers most of that period.

Foreign policy and events can transform domestic politics. World War One, Suez and the Falklands were all wars which sprung up, if not exactly out of nowhere, then certainly at a speed most commentators would not have predicted a few months earlier. All completely turned about the domestic situation. Nor does it take something as dramatic as a full-blown war to change the terms of debate, though generally, the less dramatic the event, the less impact it will have.

The Iranian situation could have the potential to become such an event, depending on how it develops and how the US, Israel and other actors in the region react. As North Korea and Iraq in their separate ways proved, the road to acquiring WMD is long and twisting.

As the Summer â€˜downtimeâ€™ season continues for British politics, itâ€™s worth remembering that what has appeared for some time to be a largely pre-ordained result for next Spring need not be anything of the kind should â€˜eventsâ€™ intercede.