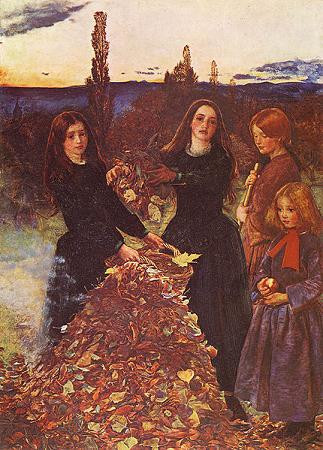 What will the “season of mists” hold?

So what will the “season of mists and mellow fruitfulness” hold for domestic and international politics – and where might you be investing some of your hard-earned cash on the betting markets? The usual caveats of political prediction apply – and as David Herdson rightly reminds us in this morning’s piece on Iran, it’s Macmillan’s “Events, dear boy, events” which are always liable to blow prognostications off course. With that in mind…

Will there be any respite for Labour in the UK?

I’m expecting politics at home to follow something of a holding pattern for the rest of the year, and that it will be, in relative terms at least, the “calm before the storm” of 2010 – which I expect to end up as one of the key years in modern British politics along with 1979 and 1997. I don’t expect the conference season to make any major changes to the political state of play, with Brown making it through to the end of the year, and the December polls broadly similar to where we are now. Labour’s conference will be about trying to hold things together, the Lib Dems’ about aiming to remain relevant, and the Conservatives’ about presenting themselves as a party that is united, responsible, and ready for government, but without taking victory for granted. Thursday 12th November has been mooted as a possible date for the Glasgow North East by-election. Prediction: Labour win with 1000 majority Market prices

Will it be all change in Japan three weeks today?

2009 could be for Japan what 2007 was for Scotland, with a long-dominant governing party finally dislodged from power, but like Holyrood 2007, it may not be a landslide. The LDP have ruled for almost all of the last 50 years, and this election should be a perfect storm for the opposition DPJ, with the economic problems and the Brown-like unpopularity of PM Taro Aso, who came close to being dumped by his party before he called the election. But Japan is a deeply conservative country, and the ingrained LDP voting habits should not be underestimated – and care should be taken with opinion polls which show large numbers of undecideds, and a hybrid voting system with 300/480 FPTP seats whose results are not linked through to the PR ballot. I haven’t seen any markets, but a recent poll is here. Prediction: Narrow DPJ win, Yukio Hatoyama next PM

Is Angela going to be safe on September 27th?

Angela Merkel should be safe as houses to secure a second term as Bundeskanzlerin in one of the key elections in 2009. Unlike the 2005 election where the CDU/CSU almost lost the popular vote to the SPD after holding a large poll lead, Merkel herself has the bonus of incumbency, has high popularity ratings, and rather than facing the campaigning strength of SchrÃ¶der (who almost single-handedly managed to keep the SPD in government) will be up against the respected but uncharismatic Frank-Walter Steinmeier, currently Foreign Minister. The key question is what the makeup of the new coalition will be, and currently it looks as though the strength of the FDP will be enough to see a “black-yellow” government over the line. Prediction: Second term for Merkel, CDU/CSU + FDP Poll and market

Should we expect an Irish “Yes” on October 2nd?

This provided some great betting for me last year, with an investment on the “No” result yielding a three-figure profit. Even before official results were declared, figures from Ireland’s traditionally accurate tallymen showed that an upset was underway, and that the Irish had once again cocked a snook at the EU. However, with Ireland’s economy collapsing and with concessions being made on touchstone issues to Irish voters, it looks as though Ireland will reverse 2008’s decision and vote “Yes”, opting for the perceived safety blanket of the EU in difficult times. Also to keep an eye on is the state of the Irish government, which is now a minority administration reliant on the Speaker’s casting vote after two Fianna Fail TDs jumped ship over local health issues. Prediction: Yes to win comfortably Market

What will the November 3rd elections say about Obama?

A year after his historic election, the elections for state governors in Virginia and New Jersey will provide the first big electoral test for the Obama adminstration. New Jersey is a traditional “blue state”, but Virginia was one of the nine states gained by Obama in the 2008 election, for the first Democrat presidential victory in the state since Johnson in 1964. The gilt has come off Obama recently, as he struggles with his healthcare proposals, while his approval ratings, while still healthy, are now looking distinctly average. The current polls show Republican candidates Christie (NJ) and McConnell (VA) both with average poll leads in double digits, the fact that the Democrats often come from behind in New Jersey notwithstanding. Could GOP wins in both states give the party a much-needed electoral boost after its drubbings in 2006 and 2008 and provide a slingshot into the 2010 midterms? Prediction: Republicans to win both NJ and VA

Finally, if you didn’t get to see last week’s outstanding guest article on Brazil, it can be found here.