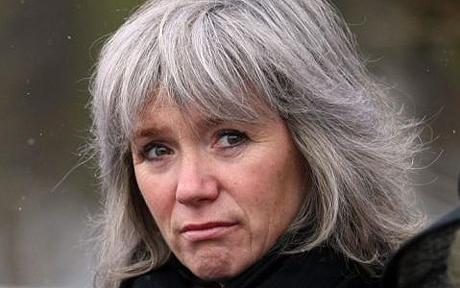 Is the climate after “expenses-gate” starting to change?

Two separate developments over Julie Kirkbride – the Tory MP for Bromsgrove, and married to Andrew MacKay, MP for Bracknell who were featured in the expenses exposes. He, formerly a close advisor to David Cameron, has announced that he would be stepping down at the next election.

But Julie did not go as quickly, or seemingly as willingly, but she did eventually announce her decision to join her husband in retirement, effective at the end of the Parliament. This was announced at the end of May.

One of the activists who campaigned to get her to resign, Mark France, has now been sacked from his job in the Civil Service. He and his wife were reported at the time as being active members of George Galloway’s Respect Coalition and he was still in his probationery period as a JobCentre worker.

Managers have decided that his ‘political activity’ had breached the Civil Service Code (JobCentres are, of course, run by the Department of Work & Pensions). I would not for a moment suggest that Mr France was politically neutral but this did strike me as perhaps a little harsh.

In the other development Tim Montgomerie, at ConservativeHome, noted that Bromsgrove is not on the list of CCHQ’s advertisements for candidate applications to fill a number of seats where Tory MPs are retiring (in some cases due to expenses). This, he believes, “will fuel suspicions that CCHQ is co-operating Julie Kirkbride in her hope to stay as the seat’s MP”

This has all arisen because Kirkbride reportedly has the support of her local Conservative Association and may reconsider her resignation.

In my view, even the suggestion that the resignations collected by Cameron over expenses are not entirely as they were presented could pose problems for the Tory leader. With the election only months away this is an issue he wants to put behind him.

William Hills was, at least at one point, offering 50/1 on her retaining her seat – apparently the longest odds ever on an incumbent surviving. If that’s still available, it might be just about worth a small pinch.