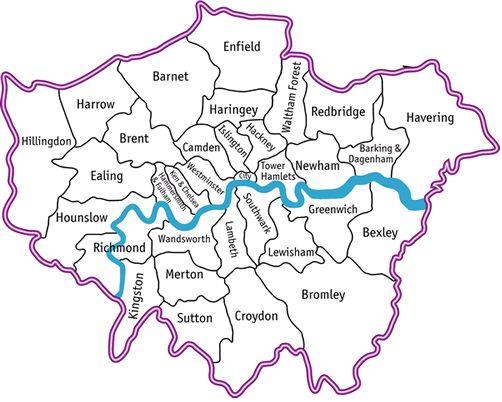 Sean looks ahead to London’s locals next May

The next London Borough Elections are due in May 2010, probably on the same day as the General Election. In 2006, the Conservatives led strongly, winning fifteen boroughs outright, compared to eight for Labour, and four for the Liberal Democrats. The Conservativesâ€™ lead, in terms of vote share, was less impressive, winning 35%, compared to 28% for Labour, and 21% for the Liberal Democrats.

If, as seems likely, the Conservatives win a large majority in the General Election, then they will probably have a bigger percentage lead across London than in 2006. However, many people do not vote the same way in local and general elections. I expect the vote for the Liberal Democrats, and the minor parties, to be squeezed slightly, if both elections are held on the same day; however, I expect them to poll more strongly in local elections, than at Parliamentary level. Overall, I assume that the Conservativesâ€™ lead over Labour will be similar to 2006, although both parties will poll slightly better than they did in that year. Turning to each borough:-

Barking & Dagenham. I expect Labour to lose this to No Overall Control. In Barking, the BNP ought to make gains, simply by fielding more candidates than they did in 2006. In Dagenham, I expect the Conservatives to win wards like Eastbrook, Chadwell Heath, and Whalebone, on the back of their general election campaign against John Cruddas. Labourâ€™s losses in each part of the borough should cause them to lose overall control, but to remain the largest party. Barnet should see the Conservatives increase their majority, while Bexley and Bromley will be easy Conservative holds.

Enfield Unusually, the Conservatives lost ground, in 2006, mostly to campaigners against the closure of Chase Farm Hospital. That campaign has now faded away, and the London Assembly results suggests the Conservatives will retain the borough with an increased majority.

Greenwich and Hackney will be easy Labour holds, while Havering should be held comfortably by the Conservatives. Labour actually finished fourth in this borough in the European elections, where once they had three MPs. They may well be left without a single councillor. Hammersmith & Fulham and Hillingdon will be retained comfortably by the Conservatives. Hounslow will, in all likelihood, remain under No Overall Control. Harrow, which also saw a very good Labour performance in 2008, and whose Conservative administration has attracted criticism, will probably be lost to No Overall Control.

Lambeth should be held comfortably by Labour. Lewisham (which has an elected Mayor) should likewise be retained quite comfortably by Labour. Merton will provide an extremely tight contest, with the Conservatives dominant in Wimbledon, and Labour in Mitcham & Morden. In a polarised contest, I would expect the Conservatives to win the one ward that is held by Residents, Merton Park, and take control. Newham will be an easy Labour hold.