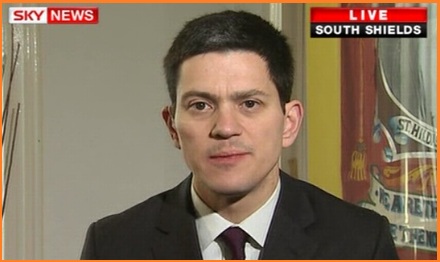 Has he “launched” his bid too early?

There’s a story running on the Daily Mail site suggesting that Miliband (D) has started a nationwide tour as part of an effort to drum up support ahead of the leadership contest that is expected after the general election.

An email has gone out to party activists saying that Miliband is holding number of public meetings across the country to answer questions on a wide range of issues, including, and not just restricted to his ministerial brief – foreign affairs. It’s that last element that’s very pointed.

This is highly dangerous stuff – because the Labour leadership will only come onto the agenda if Brown’s government loses its majority the last thing any potential successor wants to do is give the impression that defeat is a forgone conclusion.

Another challenge is that he could be facing the Ed Balls team with all that entails. They are not going to take the challenge lightly and we can expect Miliband to face a lot of criticism, fairly or unfairly, for not focusing on what really matters

Assuming Balls is returned in Morley and Outwood, which is far from a certainty, he’s going to be a formidable opponent particularly because of his close links with UNITE. Miliband, of course, has been repeatedly accused of flunking challenge to Gordon Brown.

Maybe the real reason for the move is to send a message to his brother Ed – who is also touted as a possible Brown successor?

Betfair’s Next Labour Leader market has Miliband art 3/1. Other bookmakers are in the same region. I’m not convinced.

If it gets down to Miliband against the Childrens Secretary my money will be on Balls.