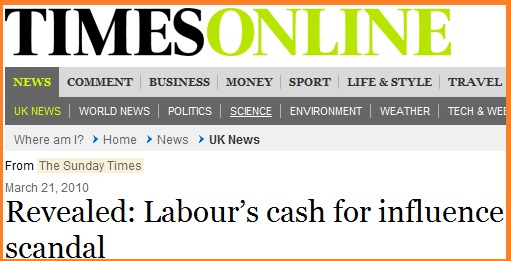 “….Byers, who held three cabinet portfolios from 1998 to 2002, gave specific examples of how he claimed he had changed government policy by lobbying his cabinet friends.

He claimed to have struck a secret deal with Lord Adonis, the transport secretary, last year on behalf of National Express, which he said was seeking to jettison a loss-making East Coast rail franchise without penalties. Byers said: â€œWe agreed with Andrew … he would be publicly very critical of National Expressâ€ as long as he agreed terms which favoured the company. The decision to terminate the franchise in July last year left a burden on the taxpayer of hundreds of millions of pounds…..