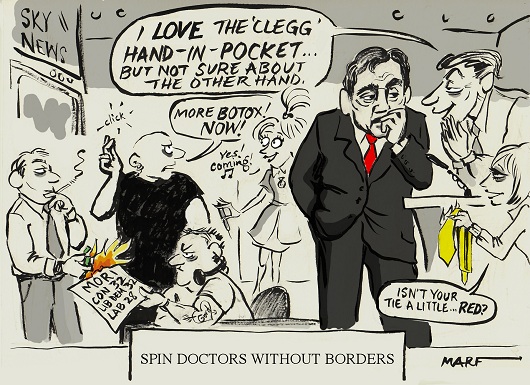 A new poll from face-to-face pollster TNS-BRMB is just out and has figures broadly in line with the rest. Please note that 12% of the fieldwork took place BEFORE the debate.

Tories back in the lead with YouGov

Labour drop to 25 in the ComRes roly-poly poll

The following are the results from YESTERDAY in the latest rolling poll from ComRes in which a fresh sample of 500 are interviewed and their views aggregated with those of the previous day. For some reason we have to wait almost 24 hours before these numbers are made public – slightly odd in a fast moving election campaign.