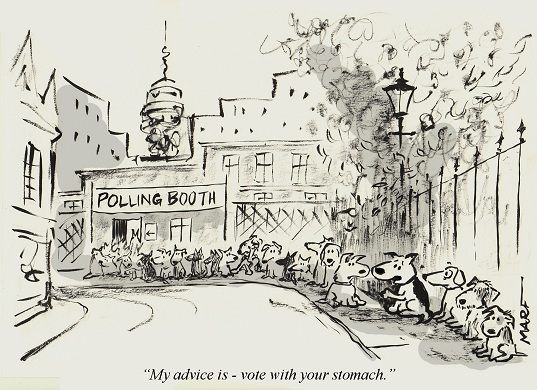 Could it top the 70% threshold?

From reports from around the country it seems that polling stations have been busy and that turnout looks set to quite high – certainly above the 61% of 2005.

At one polling station near me the number who’d voted in the first hour was four times higher than at the same location last October for Bedford’s mayoral by election when it was over 30%. More young people seem to be turning out. This is, of course, a key marginal with all three parties hoping to win.

I’m on at 7/2 that nationally turnout will exceed 70% – that might be winner.

Our cartoon is, as ever, by Marf. Check here site here.