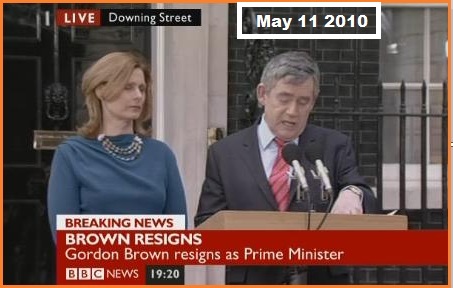 Could he have stopped the formation of the coalition?

Labour blogger, Tom Harris MP, raises a very interesting counter-factual over what would have happened if Mr. Brown had resigned on the Friday afternoon after the election. Did the then PM’s actions, as Harris suggests, make it easier for the coalition to be formed?

Under the heading “Gordon must take his share of the blame for the Coalition” he writes: “…why didnâ€™t Gordon Brown simply resign as Prime Minister on the Friday after polling day when it became clear Labour had lost?

….Surely the correct constitutional course of action would have been to accept the will of the people and to have tendered his resignation to the Queen, who would then have invited the Leader of the Opposition to form a new government. Without an overall majority, the decision as to whether or not he wanted to govern on his own or carve up a deal with the LibDems would have been Cameronâ€™s and Cameronâ€™s alone to make.

Had the Tory leader suddenly found himself heading to the palace on the Friday afternoon, before heâ€™d even had a chance to open up talks with Clegg, the pressure from his party to form a minority administration would have been immense â€“ possibly even irresistible. In which case, we would now have a vulnerable, unstable Tory government, able to govern but not legislate and poised for defeat at any time in the next year…”

I think there is a lot in the Harris argument which I had not thought about before.

For on that Friday the Cameron team found themselves having to make an offer that the Lib Dems could not refuse in order to get Brown out of Number 10. What many in his party see as the over-generous terms that were offered were determined by the circumstances.

If Cameron had been asked to form a minority government on the Friday afternoon then the whole negotiating environment would have changed and it is hard to see how the party would have agreed to any offer to the Lib Dems.

No doubt historians will be looking at what happened in those four days for years to come.