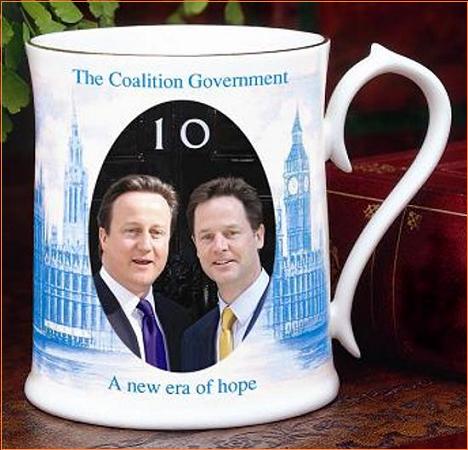 How long can the coalition go on?

There are two big questions in British politics at the moment – who is going to win the Labour leadership and how long can the coalition survive?

Both, in a way, are interwoven because as we get closer to September’s voting in Labour’s election we’ll be four months on from the creation of the coalition and the key criteria for the movement will be which of the candidates is best placed to be the standard bearer in this new political environment.

However you look at the coalition’s prospects it’s going to be a tough few months. There are so many issues where squaring the Monty Headbangers on the blue side with the Mings and Kennedys from the yellows look problematical.

A key measure could whether the partners feel confident enough to invite each other’s leaders to their conferences. Will Clegg risk welcoming Cameron to his September gathering and what about the same happening at the Tory get-together a fortnight later?

The ever-so nimble new political betting exchange, Smarkets, has now put up betting markets whether this will happen. The Cameron at the Lib Dems is here while the Clegg at the Tory conference bet is here

This is a hard call but my sense is that the risk would be too great for both parties. There might be some semi-officials side events at the most but I find it hard to envisage Cameron and Clegg speaking even only a few words from the platforms of the main gatherings.

There’s also a new “How long will the coalition last” bet here The timing in the first instance is short – till the end of 2010 and my money is on it lasting at least until then.