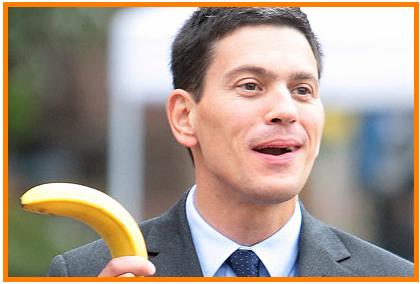 The shopworkers go with Mili-major

At the end of September it will be the second anniversary of the famous picture of David Miliband with the banana which could coincide with his victory in Labour’s leadership election.

For whatever you think of his unworldliness you cannot but admire the efficiency with which he has gone about his campaign.

He roped in the most MPs to nominate him and now he’s opened the rush to get union support with a decision today by the shopworkers’ body, USDAW, to give him their backing.

This of itself does not produce one single vote – for in all three sections of Labour’s electoral college the voting is by AV in a secret postal ballot that takes place in September. But this is creating a sense of momentum that could take him to victory on September 24th.

The critical thing, given the complexities of the voting system is for him to secure an unassailable lead on first preferences. The voting in all three is by STV and he has to avoid the fate of Alan Johnson in the 2007 deputy race who was pipped at the post by Harriet Harman after failing to pick up enough more second, third and fourth preferences.

Miliband is rightly the odds on betting favourite. Whether he is right for Labour in its current position is a different matter.