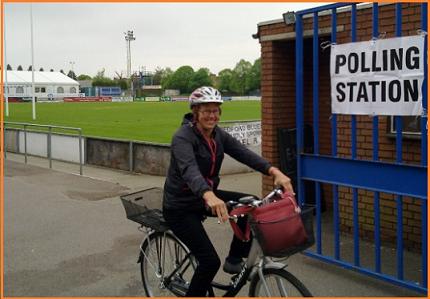 The expected announcement today that the referendum on AV is to be scheduled for the same day as the Scottish parliament, Welsh assembly and English local elections produces the prospect of another Super Thursday when the whole country will be going to the polls.

What effect will that timing have? The stated aim is to increase the turnout and itâ€™s likely that there will be more people vote in the referendum if there are other concerns to pull people to the polls too. It certainly did so for the Euro-elections where the turnout was significantly higher where there were also local elections on the same day. On the other hand, itâ€™s likely to be more difficult to have a national debate if many of the participants are distracted by other elections.

That could work either way for the proponents of change. It may be that the arguments for change (fairness, making all votes count etc) are easier to get across as opposed to the arguments for the status quo (the likelihood of hung parliaments and so power shifting away from the electorate to politicians as the real decisions are made in coalition negotiations) and that with the distraction of other elections, it will be easier to sell the Yes side. On the other hand, if those wanting change are more motivated than those opposing it, a higher turnout may be disadvantageous to their cause.

It may be that this isnâ€™t the end of the questions being put to the public. The coalition has a commitment to hold referendums on elected mayors in Englandâ€™s big cities. With the voters already going to the polls, why not throw that one into the mix as well?

From a partisan point of view, it could benefit the coalitionâ€™s prospects in the elections to have the AV referendum on the same day as the elections.

As well as throwing another element into the mix alongside spending cuts and tax rises, it will act as a unifying factor for both parties (even with them being on opposite sides).

Hardly any Tories will campaign for a Yes and hardly any Lib Dems will want a No. Labour, by contrast, could be much more split, particularly as the concept of the Progressive Majority has taken a huge hit with the Lib Dems going into coalition with the Tories.

Going forward, a 2011 referendum could make life harder for the coalition. The AV vote was the Conservative big concession to the Lib Dems. Win or lose, once the voteâ€™s happened, the incentive for the Lib Dems to help deliver watered down Tory policies for the next four year has to be considerably lessened.