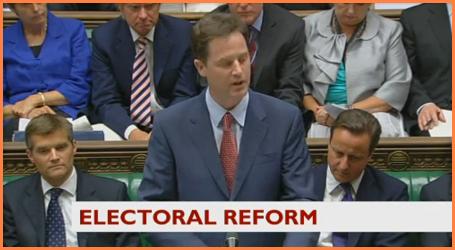 How much of the reform programme will get through?

Nick Clegg has just made his statement on the electoral reform package which contains a few surprises and some measures that were heavily trailed.

Jack Straw responded forcefully for Labour and we saw the first part of his thinking on how they might try to oppose what was in Labour’s manifesto – the commitment to a referendum on AV.

This is going to be tricky for Labour

The plan is for the number of MPs to be reduced to 600 – not the 585 that was originally talked about.