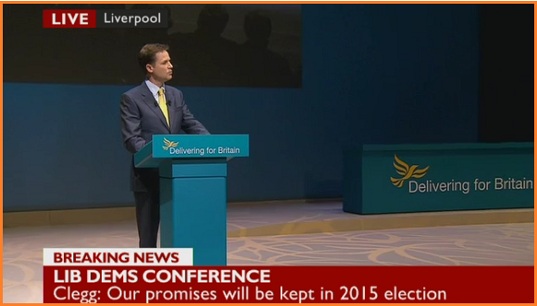 Tonight’s News International-funded daily poll by YouGov has the Lib Dems down to 11 percent – a level the party has only touched once before since the general election.

The shares are: CON 42% LAB 38%: LD 11%. The fieldwork will mostly have taken place before Clegg’s speech this afternoon but after a weekend when the party was getting a high level of attention in the media.

If this is mirrored in the next ICM poll then it would create real concern within the party, particularly if it was accompanied by a falling off in support in local council by elections.

There is one thing that terrible poll ratings do – they bind the yellows even more solidly to the coalition.