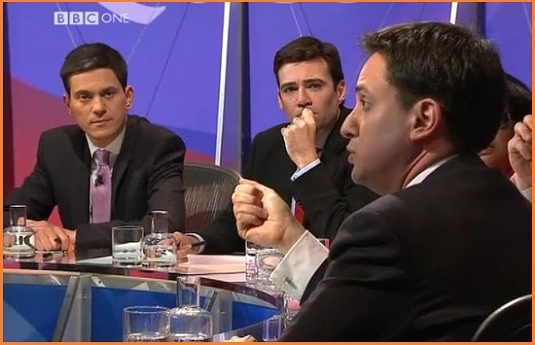 Why do so many EdM voters think DM would be better?

The uber-uber Tony Blair and now David Miliband loyalist, John Rentoul blogged overnight about some YouGov polling figures which are driving him to despair.

For Rentoul, of the Independent of Sunday, is disturbed that the polling suggests that his man won’t make it in the Labour election although a large chunk of those voting Ed Miliband think that DavidM is more likely to lead his party to victory at the general election. Just look at this extract from YouGov’s data below.

So 28% of those putting EdM ahead of DM said that the elder brother was more likely to lead Labour to victory while 12% thought he’d make the better PM.

Notice also how when the poll was taken 47% of those rating EdM over DM had actually completed their ballots while only 42% of those going the other way had done so.

What this all shows, of course, is the point I repeatedly make that voting intention responses are far more indicative of election outcomes than those that just ask respondents for an opinion. If EdM is declared winner on Saturday this polling will be referred to time and time again.

On Betfair over the past 15 hours there was a bit of a move to DaveM which has now stopped. Little money was traded and, as far as I know, nobody at this stage has any inside information. The only data is that from YouGov.

Voting closes tomorrow night and my guess is that almost all those who will be taking part in the ballot have already popped their forms into the post. The election is just about over. I still think that this is a 50-50 shot.