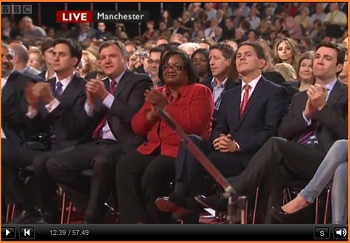 When will they learn – we want the fecking numbers!

Fortunately on Saturday afternoon I watched the Labour leadership results being announced on SkyNews and have only just caught up with how the BBC did after reading of a formal complaint made by a PB regular to the BBC and reported on the previous thread.

It’s the same fault we get every time. They don’t think that we want the numbers so we had the ridiculous spectacle of the Political Editor of the Corporation talking over the official announcement and, incidentally, getting it totally wrong.

To make matters worse the BBC ignored the Powerpoint slides showing the outcome section by section round by round that were displayed on a screen on the stage as the results were being read out. SkyNews covered this – the BBC didn’t.

What a mess-up and why do they never learn?