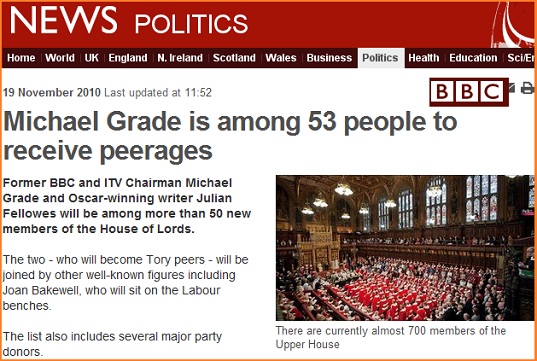 The big political news this morning is that there’s been a massive expansion of the house of lords today with a wapping 53 new peers created. This is all part of the measures to boost the coalition in the upper house where Labour has had the most votes.

I despair that such a measure is felt necessary. Why should a critical part of the legislative process be chosen by patronage?

Quite a few of the latest names failed in their effort to get into the commons at the general election. So why should they now be able to, in effect, get round the view of their electors by slipping into the upper house in this way?

Doesn’t this expose the epic failure of the last Labour government to do something about the Lords?

Let’s hope that the new members will use their votes to get rid of this anachronism as soon as possible.