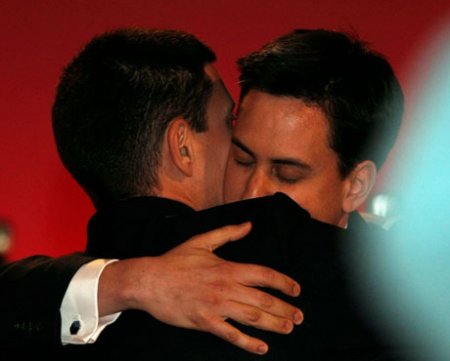 Are Ed’s problems because he didn’t expect to win?

In the next few weeks there’ll be a lot of look-backs on the extraordinary political developments that have marked 2010.

A year ago it looked like David Cameron was all set to win an overall majority in the ensuing general election and in the Labour election that would inevitably follow the elder Miliband brother, David, would become Labour leader.

Well if the general election and what happened afterwards, the creation of a CON-LD coalition, was a massive shock then that was almost equalled, surely, by the Labour leadership outcome that saw the long-standing heir apparent being rejected and his younger brother getting it instead.

I’m convinced that the person who was most surprised at the result was the new leader himself. Those who were watching live will recall the look on his face as he arrived in the auditorium in Manchester after being told the outcome to await the official announcement. He looked shell-shocked and really worried. The one who was smiling was David.

And in the days that followed he had to make some tough decisions some of which seem, with hindsight, to be questionable. All this supports a growing view that EdM was simply unprepared for victory. Why, for instance, was Phil Woolas made a shadow minister and was it right to hand the shadow chancellor portfolio to Alan Johnson?

With the latter making statements and speeches that seem so at odds with the leadership there’s something wrong somewhere.

EdM returns next week – can he start to stamp his authority on the party. If not then what could be the consequences?