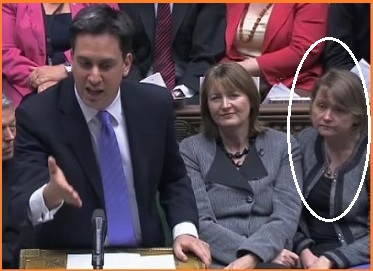 Is there any way that he can get the media on his side?

After his media hammering over the past 24 hours I’m beginning to wonder whether Ed Miliband will last the course and be replaced, probably by Yvette Cooper, before the general election.

Since yesterday morning there’s been one story after another bringing bad news for the Labour leadership. Even Nick Robinson at the officially impartial BBC got into the act by mocking Ed’s term “the squeezed middle” as “the squeezed muddle“.

The Speccie’s James Forsyth reckons that the media “is in hunting mode” observing acutely that EdM “.. must be the only leader who has been attacked on the front page of a newspaper for not linking peerages to donations.”

On that subject the Times is reporting that “Labourâ€™s biggest benefactor is refusing to give another penny until he receives assurances about the direction in which Ed Miliband is taking the party….Lord Sainsbury of Turville, who has donated more than Â£12 million over the past five years, was alienated by Mr Milibandâ€™s leadership campaign and subsequent comments apparently intended to draw a line under new Labour..”

Even the Guardian’s sketch writer, Simon Hoggart, has got into the act this morning adding to his criticism of Ed being a wuss for taking such a long paternity leave.

He writes: “I have since learned that during his two weeks off he popped into the Commons “once or twice” for meetings. In other words, he did skip part of his paternity leave, only in private. I think that’s even more wussy.”

There’s a sense that this is like Iain Duncan Smith’s ill-fated period as Tory leader from 2001 until the party booted him out in October 2003. What did for IDS then was the view that the Tories ought to be doing much better against Blair/NuLab in the aftermath of the Iraq War. I wonder whether the same might happen to Labour’s leader as the cuts bite deeper.

One betting market that we don’t have is on who will be leading the main parties at the general election. Ladbrokes, the only traditional bookie that now accepts bets from me, make Yvette a 4/1 shot to replace Ed. A more interesting bet might be the 18/1 from PaddyPower on Yvette as “next PM”.