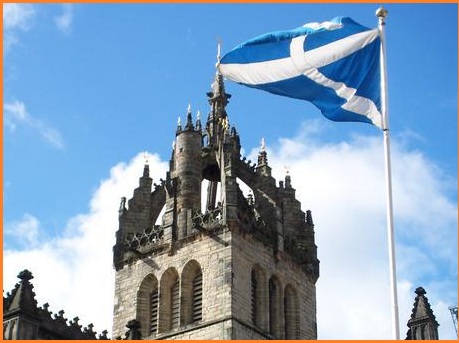 Is it worth a long-term bet?

I should make clear from the start that Iâ€™m not a betting man, but a couple of years ago I caught sight of the absurdly long odds on Scotland becoming independent by 2012, and my jaw dropped to the floor. If ever there was an example of a â€˜value betâ€™, that surely had to be it. Scotland had just elected a nationalist government that was committed to holding an independence referendum within its term of office â€“ a vote that would have been a highly volatile two-horse race, with one of those two â€˜runnersâ€™ being an eventuality that the bookies seemingly deemed a near-impossibility. And itâ€™s worth reflecting on just how close that referendum came to happening â€“ had it not been for the freakish events that brought down Wendy Alexander as Scottish Labour leader in 2008, itâ€™s likely an independence vote would have been scheduled for St Andrewâ€™s Day of this year, in line with the SNPâ€™s plans.

But perhaps the bookies can be forgiven for quoting such unrealistic odds, given that â€˜expert opinionâ€™ has always varied so wildly on how probable independence is, even in the longer-term. Proponents point to the vast number of countries, including many in Europe, that have gained statehood over the last 25 years. But some academics such as Anthony King have pointed out that nearly all of those countries were breaking free from dictatorships (eg. Namibia) or emerged from nascent democracies that were in a state of flux (eg. Slovakia). It remains the case, King has emphasised, that no region of an established western democracy has yet become independent in modern times. The conclusion he draws is that the national aspirations of a country like Scotland are always much more likely to be accommodated within the existing democratic state. However, I tend to think this theory glosses over a few important points â€“

1) There are actually relatively few â€˜established western democraciesâ€™ out there, ie. ones that predate the end of the Cold War. And the fact that so many post-communist regions were chomping at the bit to become independent as soon as they were able to do so scarcely supports the notion that democracy makes it easier to accommodate national aspirations within existing states â€“ rather the reverse.

2) There are also surprisingly few regions in established western European democracies that have strong pro-independence movements. In some of the regions that are occasionally cited (such as Corsica) support for independence is considerably lower than in Scotland. Thus, the fact that no western European secessionist movement has achieved its goal in recent decades is of limited help in predicting what might happen in Scotland.

3) In 1995, Quebec came within a whisker of voting for â€œsovereigntyâ€, in a referendum that came about in much the same circumstances that a Scottish independence vote would be likely to. Had it gone the other way, this clearly would have driven a coach-and-horses through Kingâ€™s theory. As it is, the least that can be said is that it demonstrates that a very significant minority of the Quebec population were not prepared to accept that high levels of regional autonomy within a democratic state – going way beyond what currently exists in Scotland – constituted a sufficient answer to their aspirations.

So, for these reasons, there is in my view no reason to suppose that there is some â€˜magic inhibiting factorâ€™ that will automatically prevent Scotland from voting for independence. But how likely is that to happen in the next 10-15 years, and has the return to power of the Conservative Party â€“ traditionally so distrusted north of the border – made it more or less probable?

Thereâ€™s a paradox here. There can be little doubt that a Tory-led government at Westminster has made it much tougher for the SNP to secure re-election in May next year, simply because for many Scottish voters, Labour remains the default â€˜anti-Toryâ€™ option. On the other hand, a recent YouGov poll showed a marked increase in support for independence itself, reversing much of the trend in the opposite direction that has been observed over the last few years. While no-one can be sure of the cause, it seems thoroughly improbable that it was wholly unrelated to the recent change of government in London.

So is support for the SNP or for independence the relevant factor in pondering a bet on this topic? Both are significant, but my guess is that the latter is ultimately more important. Mrs Thatcherâ€™s hugely unpopular period in office essentially doubled support for outright independence, and considerably consolidated support for a devolved parliament with far more extensive powers than those on offer in 1979. The end result? Within seven years of the Iron Lady leaving office, an overwhelming vote in favour of Home Rule. With every polling indication that the current London government is attracting similar levels of antipathy in Scotland, Iâ€™d suggest any odds of more than 3-1 that the country will become independent within 10-15 years would be well worth considering.