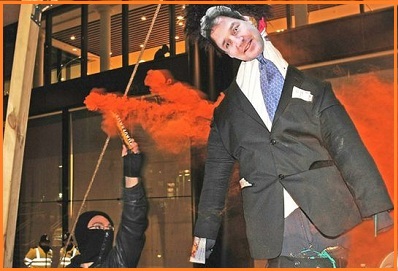 Is abstention the option for wusses?

Just four days to go before the big commons vote on fees and what could potentially be a career-ending decision for each of the 57 MPs who were elected for the Lib Dems last May. What would you do in their position – there are just three options:

You vote for the tripling of the maximum fee and risk being accused of breaking your promises and alienating a significant part of your electorate who might take it out on you at the general election.

You vote against the increase in fees and risk party unity as well as in four years time being unable to associate yourself as much with the success of the coalition’s policies, assuming that they are perceived to have worked.

You abstain which also breaks the fees pledge that you signed, means you cannot share as much credit for the recovery if that indeed is what happens and you look like a wuss.

To my mind abstention is the worst of all worlds with none of the pluses and all of the minuses.

What I am convinced of is that when it comes to election time the actual voting decisions that incumbent MPs made are less important than the manner in which the decisions were taken – and here the yellow team has made a total horlicks of the past week.

What could have an impact amongst the party’s MPs in the next few days will be if a date is fixed for the Oldham East and Saddleworth by-election. The pressure not to rock the boat will be that much greater.

Memo to the bookies: What about a betting market on how Lib Dem MPs will vote?