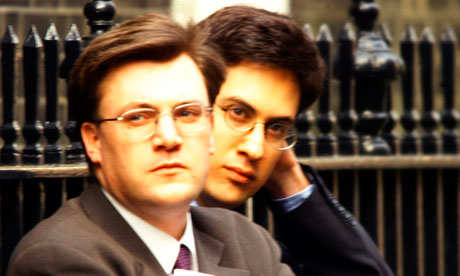 What a dramatic couple of hours and it’s hard coming to an instant judgement over what all this means.

I think EdM is probably the most damaged for doing what amounts to a massive U-turn over Balls. What’s different now compared with last September when he decided to exclude Ed Balls from his economic team? There’s not an easy explanation. If Balls was not okay then why is he okay now?

And is EdM going to be like Blair – having a man running the treasury brief who really wants the top job. None of them need reminding how divisive that can be.

With the blue team George Osborne is up against a much more accomplished opponent in Balls than he ever was with Darling or Johnson. Sally Bercow, the spouse of the officially neutral speaker, Tweeted that “Osborne was now toast”. Is that right and how much harder is it going to be for the Chancellor to get over his key messages and to continue to put the blame on Labour?

But there’s a bigger picture as well. For Balls has over the years played a crucial role in Labour’s communication operation and no doubt he will become central once again. Labour’s already on the up – will Balls in a central position give a boost to that?

I guess, however, that it’s not going to be an easy weekend for Alan Johnson. The Sundays will be crawling all over his private life to get to the reason for his decision.