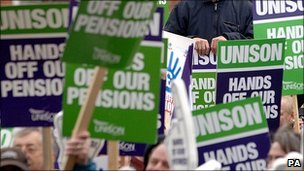 A Guest Opinion Slot on today’s union calls for action

Much has been written about the scale and speed of public spending reductions announced by the chancellor. The political right is welcoming the move as unavoidable and long overdue move to address the dangers of having an enormous deficit and debt position. The left is warning of a double dip recession and civil unrest.

The overall trajectory of the advanced nations since the Second World War has been, until recent years, one of population growth, economic growth and rising living standards. This was achieved, to an extent we are only now coming to appreciate, with borrowed money. We have consumed more than we could afford at both the individual and government level and much of the apparent wealth has been illusory.

We live in a different world today. Multinational corporations have no national loyalties. Intelligent and hardworking people anywhere can communicate and travel and compete globally. Assumed inherent Western advantages may not be as inherent as were assumed.

The Western welfare states were constructed as pay-as-you-go ponzi schemes that deferred the day of reckoning for debt repayments to future generations. But that future is now here. Populations are not growing, the ponzi schemes are unwinding and governments are starting to accept that they cannot borrow as before. The partyâ€™s over for deficit funded welfare states.

The political implications are profound. Basically the left everywhere has lost the economic argument. Their approach to public finances has for decades been: â€˜We must spend X as anything less is morally unacceptable, and every problem requires a government funded solutionâ€™ â€“ and being scared of the necessary tax rises they borrowed. The new reality requires an approach along the lines of: â€˜We will raise as tax what the economy can afford without damaging growth and spend no more than thatâ€™. In fact most countries need to run surpluses to pay down the overall debts.

In the UK, Labour and the unions and the students will lead the fight against reality. They may do well in the polls or indeed at the next election. But ultimately they are on a hiding to nothing, as the deficit spending economic model is dead. The state of public finances matters and the appetite of the debt markets is finite.

The UK will in future compete – or it wonâ€™t. Without a hugely reformed and sustainably affordable welfare state it wonâ€™t.

Patrick has been been commenting on PB for several years