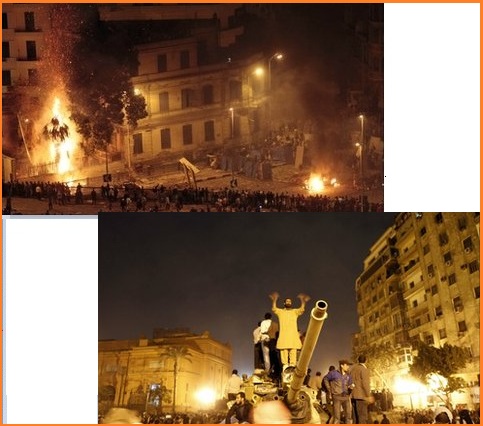 Or will he be out within days?

The drama in Tahrir Square being played out on TV screens round the world goes on but the latest news does not look good for the incumbent.

The Egyptian Army chief has told the BBC that it will fire at pro-Mubarak â€˜protestorsâ€™ if they attack anti-Mubarak protestors.

That surely must signal the start of the end game. Without their support the president is surely finished.

He says that he wants to serve out his current presidential term which ends in September.