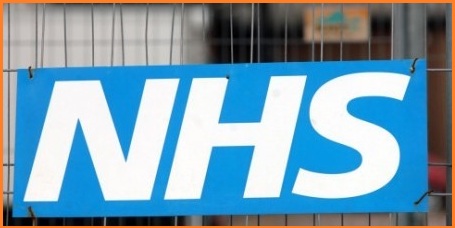 The events in Egypt might have dominated the news this week but itâ€™s domestic politics that determines the results of elections unless British citizens or troops are directly involved. In that respect, the most significant policy debate this year so far has been around the future of the NHS.

Will it work? That all depends on what is meant by â€˜workâ€™. The theoryâ€™s sound enough but it relies on GPs commissioning the services rationally, communities understanding the changes that result in their area and the government not interfering when the market produces something that a vocal group find objectionable. Itâ€™s also much more likely to be effective in urban areas where there is plenty of choice than rural ones where thereâ€™s little.

If the outcry over the potential closure of some libraries is anything to go by, the opposition that would be raised should some local NHS services be proposed for closure could be a significant issue in many constituencies (although not all at once). It wonâ€™t necessarily matter how good or poor the service is. Like libraries, most people donâ€™t use them but many feel comforted just by their presence – and libraries arenâ€™t a matter of life and death.

Even so, the reforms proposed by this government, as with those of the last one and the one before that, only address the supply-side of the NHS equation: how to improve the efficiency and quality of the service. Since its inception, virtually nothing has been done to address the demand side, with the result that itâ€™s grown and grown.

The fact is that not only is the NHS free at the point of delivery but to all intents and purposes, free in totality – thereâ€™s no charge for usage other than through the black hole of general taxation. The result of that it becomes easy to believe that because a service is free it has little cost or little value, and therefore the services are not properly valued but seen as an entitlement.

Thereâ€™s no way that this government is going to tackle that assumption, despite the enormous costs that come with it. The pressure to do so simply isnâ€™t big enough and the political cost would be too high – too many people have too much invested emotionally and otherwise in the current set up. Even so, the nature of the change could be relatively simple conceptually.

As with private insurers, it should be easy enough to set an individual rate of National Insurance that relates to an individualâ€™s personal circumstances – in the case of the NHS, their medical history, lifestyle risks and so on. However, unlike private insurers, funding via NI would link payment to ability to pay, and the state could show more discretion in determining the factors that would alter the rate charged than a private insurer would (and more relevantly, those which wouldnâ€™t). It would also be possible to cap the maximum rate and amount payable.

It wonâ€™t happen, or at least, not for a long time yet – but just thinking about it puts into perspective the limited scope and nature of the changes that are being proposed – and perhaps the similarly limited impact.