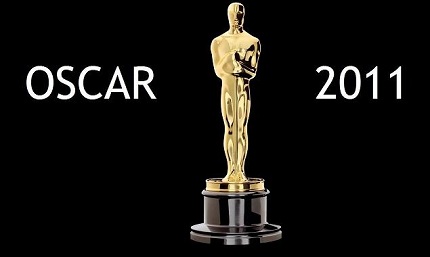 (Every year on PB Roger gives us his Oscar predictions and betting advice. Those who who’ve followed his analysis have generally come out as winners – let’s hope it’s the same this year – MS)

Where are the awards going to go?

A great year for British films which I hope can withstand the philistinism of this Tory government. Stjohn asked if I could suggest value bets so where two films are close I’ll suggest he takes a punt on whichever he finds is the outsider. N.B. Congratulations to Mike’s brother, John, for ‘127 Hours’. 7 nominations in any year is an exceptional achievement. This one more than most.

Best Film. ‘Black Swan’, ‘The Fighter’, ‘Inception’, ‘The Kids Are All Right’, ‘The Kings Speech’, ‘127 Hours’, ‘The Social Network’, ‘Toy Story 3’, ‘True Grit’, ‘Winter’s Bone’.
So competitive it could be one of four. I think it’ll end up being between ‘The King’s Speech’ and ‘The Social Network’. I’m not a fan of computer nerds so I’ll go for ‘The King’s Speech’. My Stjohn tip would be whichever of these two is the outsider. It could go either way.

Best Director. ‘Black Swan’, ‘The Fighter’, ‘The King’s Speech’, ‘The Social Network’, ‘True Grit’.
This could go three ways. They seldom give the Best Director and the Best Film award to the same person so I’m going for the exceptionally talented commercials director David Fincher for the well crafted ‘The Social Network’. My Stjohn outsider would be the Coen brothers for ‘True Grit’.

Best Cinematography. ‘Black Swan’, ‘Inception’, ‘The King’s Speech’, ‘The Social Network’, ‘True Grit’.
I’ve backed Roger Deakins from Torquay for the last three years without success (unjustly in my opinion). I didn’t think this was his best but his interiors and town scenes were exceptional so Roger Deakins for ‘True Grit’ and fourth time lucky.

Best Editing. ‘Black Swan’, ‘The Fighter’, ‘The King’s Speech’, ‘127 Hours’, ‘The Social Network’.
Fight films always look well edited and this was no exception. ‘Black Swan’ was slick which it had to be because I doubt Portman is a budding Fontayn. To cut a film with basically one scene takes some skill so I’d say ‘127 Hours’ is a contender.

Best Visual Effects. ‘Alice in Wonderland’, ‘Harry Potter’, ‘Hereafter’, ‘Inception’, ‘Iron Man 2’
It’s got to be ‘Inception’. I went three times to try to figure out the effects. Another three and I might have figured out the film!

‘Unstoppable’ and ‘Inception’ (both English directors) were my two choices. ‘Inception’ by a short head.

Best Sound Mixing.
I can’t see the difference between sound editing and mixing so ‘Inception’ again

PS. The judgements of EdP Chris from Paris and SeanT are always worth hearing on the subject of film.