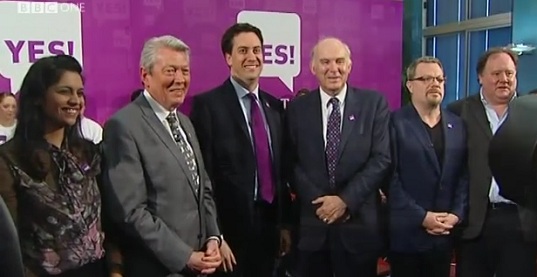 Some early polls showed the Yes campaign leading in the alternative vote (AV) referendum; but the final polls suggest an overwhelming defeat. So where did it all go wrong?

Firstly, undecided voters tend to back the status quo in the final stages of the campaign. In the US, pollsters find there are many â€˜donâ€™t knowsâ€™ as well as supporters and opponents of an incumbent. Pollsters argue that in early polls, what matters is the proportion of voters who oppose the incumbent. Undecided voters eventually vote for the incumbent, joining supporters who decide early. In the UK, very much like the AV campaign, the referendum for a North-East Regional Assembly looked a likely Yes at first, but eventually went strongly No. Two-thirds of referendum proposals worldwide are defeated. On this basis, the early leads for â€˜Yesâ€™ werenâ€™t big enough, and I bet on â€˜Noâ€™.

Whatever the referendum subject, a â€˜Yesâ€™ campaign has to give people a clear reason to vote Yes. It has to ring true â€“ and to ring true, it helps if it actually is true. â€˜Noâ€™ campaigns donâ€™t have to be so clear. Slinging a lot of mud can be quite effective for â€˜Noâ€™ campaigns. Most voters are not that interested in referenda, and if they hear something plausible that is not clearly rebutted, it raises enough doubt to convince them to vote no.

The second reason that the â€˜Yesâ€™ camp has almost certainly lost is that it got its messages wrong. It needed to argue that itâ€™s about giving everyone a say about which of the top two candidates becomes an MP. It needed to focus on messages about giving voters more choice. For example a voter can put the Lib Dems bottom under AV, whereas under FPTP, a voter can only not put them top.

But the Yes campâ€™s slogans were not very convincing. The slogan, â€˜Make MPs work harder,â€™ sounds like a nice objective, but itâ€™s not quite what AV would achieve. AV makes MPs interested in voters who support smaller parties, as well as those who support the biggest two parties in their constituency. Their attention gets spread a bit more evenly across their electorates. As for the claim that AV would reduce the number of safe seats, thatâ€™s true, but the â€˜Noâ€™ campaign was able to quote Professor Curtice, saying that the number of marginals would only increase from 13% to 16%. Thatâ€™s hardly a strong reason for change.

The Yes camp also needed to rebut their opponentsâ€™ claims. For example, I think â€œsome votes count twiceâ€ resonated for many voters. The point from the Yes camp should be that all votes count in every round, and therefore equally, often for five or six rounds. First preference votes for popular candidates arenâ€™t just thrown away after the first round under AV. By contrast, under first past the post (FPTP), first preference votes for unpopular candidates are ignored after the (first and only) round. But I never heard the double-counting claim rebutted (rather than insulted) by the Yes camp, so it was reasonable for people to believe it. Similarly, under AV, most of the redistributed votes would be first preference votes for the Lib Dems, Labour or Conservatives, not for the extremists that the No campaign warned about. That point was never made by the Yes camp either.

For my taste, the No camp does have two real arguments, to do with the lower status of manifesto pledges in coalitions, and the likelihood of bigger landslides under AV. But it was the claims about votes in constituencies that won it for â€˜Noâ€™.

All in all, it was a depressingly low-quality debate, with both sides making dubious claims that were never rebutted. It was just the sort of referendum campaign in which the proposal gets defeated. Congratulations to the No camp.