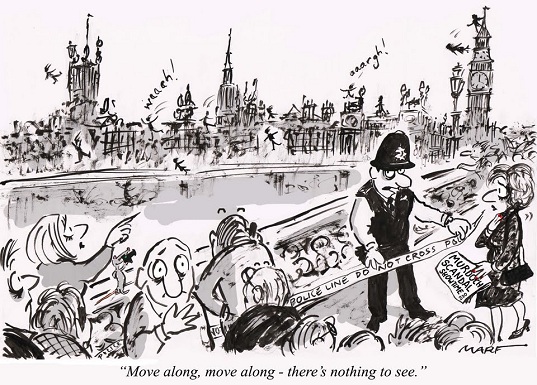 The queueing starts for public seats

Members of the public anxious to see this afternoon’s Commons Culture, Media and Sport Select Committee have already begun lining up to be certain of the limited number of spaces that will be available.

This is an extraordinary parliamentary occasion and a global media event. The start time is 2.30pm

Rupert Murdoch, his son James and the ex-CEO of News International Rebekah Brooks, will be quizzed against the backdrop of the death of phone hacking witness Sean Hoare, top level police resignations and, of course, all that’s being alleged about hacking, police bribery and senior officers being regularly entertained by the company.

Hoare, an ex NOTW reporter, had accused Cameron ex -communications chief, Andy Coulson, of being involved in hacking. So far the death is described as “unexplained” but there is no suspicion of foul play.

Who knows how the session will pan out and whether we’ll be any the wiser afterwards?