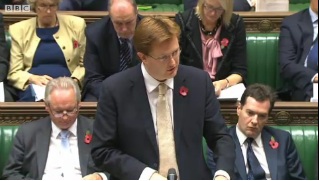 The news today of a significantly improved offer towards public sector pensions means that large-scale strike action on 30 November is now considerably less likely than it has been. If it does prove to be the case then their will be collective sighs of relief across many quarters.

From the trade union side the unions will still maintain plans for strike action. This is understandable. They will be keen to wait for the outcome of ballots of their members is known and certainly would not want to undermine the outcome of the verdict by their own members. The prospect of continued industrial action is also a negotiating tool for the inevitable final concessions. However the majority of unions know that this is probably close to the best deal they are going to get from this government and the majority of them are rooted in reality to know that â€“ despite the forthright language many adopt publicly. Instead the unions will be able to use their energies and resources for other campaigning, perhaps around economic alternatives to the governmentâ€™s deficit reduction plans and greater political activity at election times.

Although there is a strong sense from some in the Conservative Party that they would relish a rerun the battles of the 1980s with the trade unions, many Government ministers appear more cautious and aware of the risks.

Where in their game-plan for winning back women are TV pictures Cameron and Osborne being berated by nurses, teachers and dinner ladies having to work longer, pay more and receive less? The Conservative Party believes it can win a majority at the next election and that requires some semblance of national harmony and consensus â€“ not an ideological crusade against the public sector and ongoing unrest.

Ed Miliband would certainly breathe a sigh of relief if action was averted. The Labour Party position of supporting negotiations can only go so long until the music stops. A significant proportion of the Parliamentary Labour Party is sympathetic to the cause of public sector workers defending their pensions. Those MPs that arenâ€™t tend to maintain diplomatic silence with many mindful of forthcoming parliamentary reselections and relationships with new party and union members on new boundaries. The reality is that the Labour Party has been next to irrelevant to the debate and many trade unionists on the ground are unhappy with Labourâ€™s leadership over their silence. Edâ€™s team have not come out of this unscathed but they will at least avoid having to develop a stance that could bear scrutiny on the matter.

Perhaps the real winner may prove to be Danny Alexander and the Liberal Democrats who yet again are on the brink of being able to defend public sector workers from the harder line views of Conservative colleagues.

In itself the pensions settlement probably a huge vote winner for Alexanderâ€™s party, but it will add to the checklist of differences the party is able to claim it has made a difference by being in government.

Thereâ€™s still time for things to go wrong. Union leaders need to sell any deal to their executives and one or two of the smaller unions are hell-bent on action regardless of whatâ€™s offered. But the chances of industrial action being averted now have improved considerably today. The Chief Secretary to the Treasury deserves a good deal of credit for that.