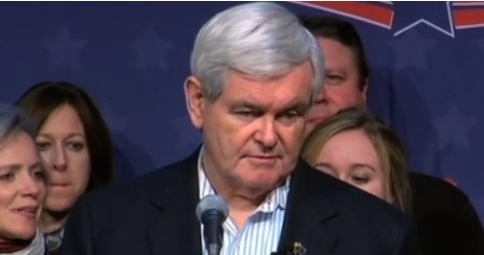 What’ll be the impact of tonight’s TV interview?

The big developing story in the race for the GOP nomination is that an interview with Marianne Gingrich, the ex-house speaker’s second wife, is due to be shown on ABC TV tonight.

According to some reports she is said to have remarked that she could “end Newt’s career with a single interview.”

This could not come at a more critical time for Newt, only two days before the South Carolina primary where he really has to perform well to stay in the race.

The latest polling of the primary suggests that he is moving forward and the phone pollster, PPP, has reported that he and Romney were running neck and neck according to fieldwork carried out yesterday.

This follows the contenders’ first South Carolina debate on Monday which many regarded as Newt’s best so far and Romney’s worst.

But will what comes out really be that bad for Gingrich? This is from Dana Loesch of the Big Jouralism site:-

“..We all know that Newt Gingrich cheated on two of his three wives. He cheated on his wife Jackie, who had cancer, with Marianne Gingrich, the woman who gave an interview to ABC. If the details are simply that he was unkind to her or didnâ€™t treat her right, well, surprise! You were the mistress! You helped break up a marriage and thus forfeited your right to be outraged when the next mistress usurped your spot as the new wife. I have no pity for the â€œother woman.â€

Whatever the 2012 GOP race continues to entertain. Long may it continue!