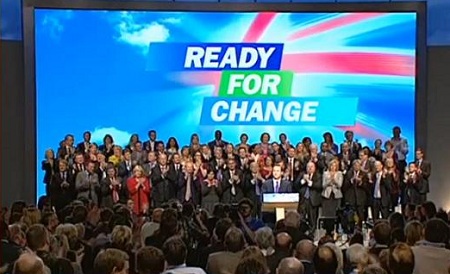 Could the blues split themselves once again over the EU?

If Dave thought that his Sunday Telegraph article on an EU referendum was going to deal with the growing pressure he was wrong.

All it has done is open up new lines of attack and the weekend strategy looks as though it could have been a mistake.

One of his beaten opponents in the 2005 leadership contest who became the first Tory to leave the cabinet, Liam Fox, has gone on the attack this morning declaring that “â€œlife outside the EU holds no terrorâ€.

This is starting to feel like the final years of the John Major government when there was nothing the PM appeared able to do to heal the rifts.

The electoral problem is that experience shows that voters don’t like parties that appear split and this has the potential to do damage.

What is clear is that Tory supporters are far more concerned about the EU than those of other parties. The June MORI issues index had Tory concern at 22% compared with just 4% of Labour voters.

Being a Eurosceptic seems to be very much a Tory thing and whatever he says Dave doesn’t appear to be Eurosceptic enough.

This makes things very tricky for Cameron who is reliant on coalition partners who have a very different view.