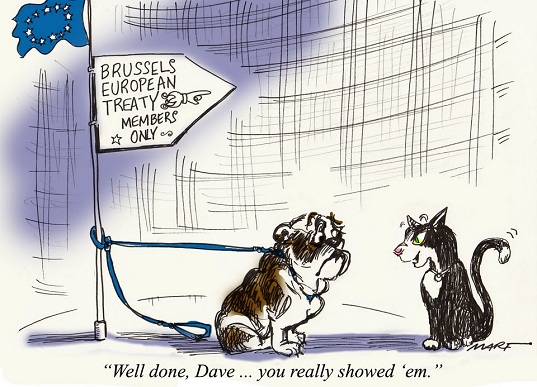 And even if there is the vote will be to remain

With two days to go before Dave’s big speech here are some of the latest betting odds with each of the major firms defining it differently.

William Hill make it 7/4 that there’ll be a Referendum in the UK on EU membership before 2020. The firm is also offering 7/1 that “UK will Quit the European Union by 2020”

PaddyPower offer 9/4 that there will be “a nationwide referendum on leaving the EU entirely in the next government term” with 2/7 that there won’t. The firm also makes “remaining in the EU” the 8/13 favourite if such a referendum takes place. It’s 6/5 the other way.

For the latest polling and political betting news