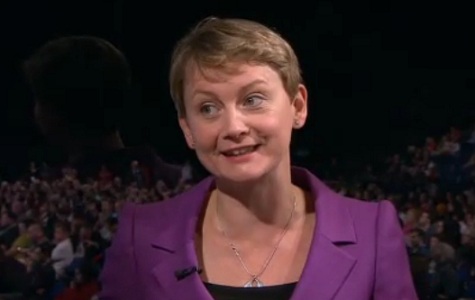 Taking Yvette Cooperâ€™s immigration speech yesterday at face value and you simply might think the party is tacking to the right on this issue simply to shore up support it lost in the run up to the last election. Thereâ€™s certainly something in that, but one reference should be seen in a different light and possibly a clue that wider changes to Labour welfare policy are brewing.

Yvette Cooper arguedÂ Â â€œone practical change within existing European rules would be to add a â€œpresence testâ€ to the habitual residence test to make it clear and to clarify for everyone that Jobseekers Allowance cannot be claimed within a few days or weeks, and that people will be expected to be in the country for some time or toÂ contribute before they get something back.â€

Â Years of door-knocking tells me this the idea of whether people â€˜pay into the systemâ€™ or not is something that really resonates. â€œHer at number 47 has never worked yet I paid in all my life and get the same back as her. Itâ€™s wrongâ€. â€œPeople come over here without ever having paid anything in and my taxes are paying for this, that and the other of theirs.â€ The Labour Partyâ€™s problem with welfare is that ever since the financial crisis and austerity people have needed the welfare net more than ever. Yet support for social security has hardly surged in recent years and the perceived unfairness of people playing the system or having not contributed keeps on coming up in doorstep conversations.

Whatâ€™s significant is that by some accounts Labour is now looking at rewiring the benefits system to better reflect how much people have contributed before determining the final amount they stand to receive should be unable to work.

This is not something that has been dreamed up overnight but something in which the Labour leader arguedÂ Â for in June 2011. Ed Miliband couldnâ€™t be clearer when he spoke of possible welfare changes andÂ “rather than looking solely at need, priority is also given to those who contribute â€“ who give something back.”Â Tim Horton from the Fabian Society wrote at the time of that speech â€œthe contributory principle links welfare and work together, making entitlement to welfare a badge of full citizenship. It was a threat to the Thatcherite vision of dismantling the welfare state. That’s why we need to get it back â€“ and fast.â€

There will be plenty on the left who do feel uncomfortable about such a move and argue that all benefits should rise together in a universal fashion. The political scope for this right now is very low. Thatâ€™s not to say that a contributory based unemployment benefit wouldnâ€™t bring about risks. Is Labour proposing to reduce Job Seekers Allowance for young people to pay for people who have worked longer, or will their benefit be frozen and additional resources be found for those that need to be paid more? This could mean Labour spending more on welfare overall which the Conservative Party and press would highlight relentlessly. Will the potential popularity of a contributory approach offset the political cost? My instinct is â€˜yes, justâ€™ but itâ€™s far from clear-cut.

The larger left-wing led unions would be torn between politically opposing it personally but recognising that it is a policy that would probably be very popular with their members who are paying in and contributing week in and week out.Â Political commentators are forever searching for new â€˜Clause Four momentsâ€™ when party leaders have a dust-up with their own party over an issue that had been seen as sacred.Â This could have the makings of one. I donâ€™t think Ed Miliband goes looking for such occasions to define himself and is consensual by instinct. However it wouldnâ€™t exactly be a bad thing for Labour to have a public row over being on the side of those that â€˜pay into the systemâ€™ would it? As long as the leader wins.