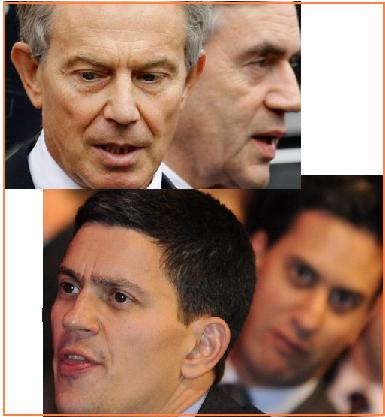 Henry G Manson on the significance of today’s announcement

Itâ€™s been said that New Labour was more of sect than a movement. Now shorn of a leader the moderate faction has no-one else to turn to. David Milibandâ€™s defeat in the 2010 leadership election showed that New Labor could not easily endure beyond Blair. Instead David Miliband allowed himself to be presented as a continuity candidate when many in the movement and country wanted more of a change and break from the past.

When once asked about the future of trade unions at a Labour dinner he apparently quipped â€œdo they have one?â€

Itâ€™s all well and good wisecracking at the expense of unions after youâ€™ve been elected leader, but the mentality to do so beforehand when a third of the electoral college is up for grabs was reckless. There are dozens of similar stories.Â

Since that defeat, the group most associated with his wing of the party, Progress, has taken something of a battering from the GMB and Unison who have called for internal action to be taken against it. Unions have accused it of behaving like a party within a party aiming to finance party selections of its preferred candidates. Unlike the unions or the Co-op Party, Progress isnâ€™t a formal affiliate. Despite these political broadsides (or because of them?) Progress remains a very effective organisation within the Labour Party and has a good record of getting their candidates selected. A growing number of hopeful Blairite MPs have already been chosen in marginal seats, but at the moment they have no leader in the PLP.

Â It is rumoured that this wing of the party is now focusing on a future deputy leadership challenge once Harriet Harman decides to retire. Caroline Flintâ€™s name is now the name most mentioned, but she would not set out as favourite and would face strong challenges from a number of directions. Elsewhere in Shadow Cabinet Liam Byrne, Stephen Twigg and Jim Murphy carry the torch, but none are in a strong enough position to make much political impact. Now the rules have been changed they are all there on licence from the leader. It was revealing to see how the party faithful view them. In Labourlistâ€™s Shadow Cabinet rankings Murphy was 16th, Flint 17th, Twigg 25th and Byrne 27th out of 27. We are now in a post-Blairite age.

Â The next Labour leader of the right of the party will have to be able to reach well beyond their ideological comfort zone, be popular with colleagues and come to a pragmatic relationship with its affiliates. At the moment there is no sign of anyone in the Parliamentary Labour Party apparently capable of doing this. The 2015 intake may be worth following closely in the years ahead. As for now, David Miliband leaves behind a ship with a crew but no captain.