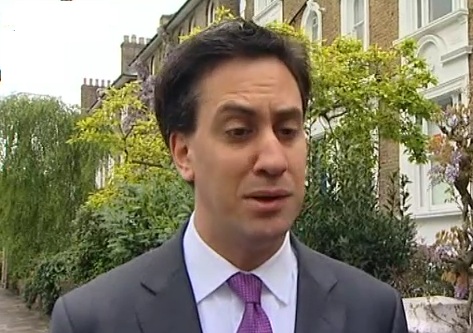 Last week Labour beat the Tories in the local elections by just 1%, according to the Rallings and Thrasher NEV (national equivalent voteshare) calculation. This is the last set of locals before the general election. Is there anything we can divine from this performance?

Yes, it looks like Labour will be soundly defeated next year. The following graph tells the tale (general elections bordered in white). 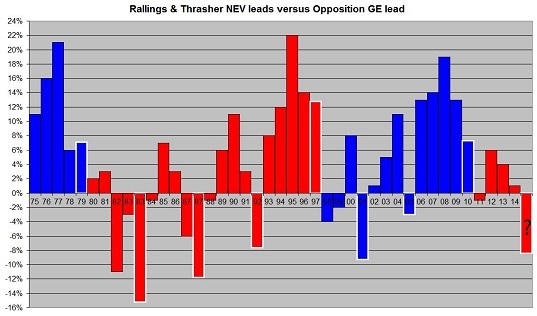 We see that, going back to 1979, no party with such a minuscule lead has gone on to win. In fact Michael Howard, William Hague and Neil Kinnock all performed better in the local elections than Ed Miliband, but still lost.

The winners, Thatcher, Blair and Cameron, all had leads in excess of 5% in their last local elections as Leader of the Opposition, and had all built consistent and solid leads greater than 15%-20% during the mid-term locals. Miliband’s NEV lead scorecard is pathetic in comparison… -1%, +6%, +4%, +1% …

Taking a more statistically robust regression of the average NEV lead while in Opposition against subsequent General Election performance, Labour are forecast to lose by 8.4% next year, as can be seen in the following graph (the large red blob). 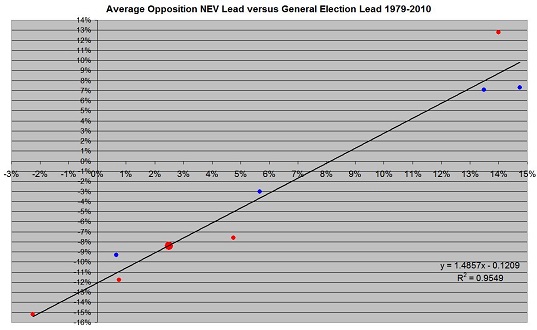 Is this a wild forecast? Hardly. It is broadly in accord with the Lebo and Norpoth PM approval model and Stephen Fisher’s polling model, among others. And as we know, polling ‘crossover’ has come early for Labour, a full year before the election. Barely avoiding third place (in England by a cat’s whisker) in the Euros offers little comfort to Labour. Neither does them underperforming 9 out of 10 of the final polls when it came to real votes cast.

So it seems clear now – the Tories are set to win most votes, probably most seats and have an outside, but not insignificant chance of a majority in 2015.