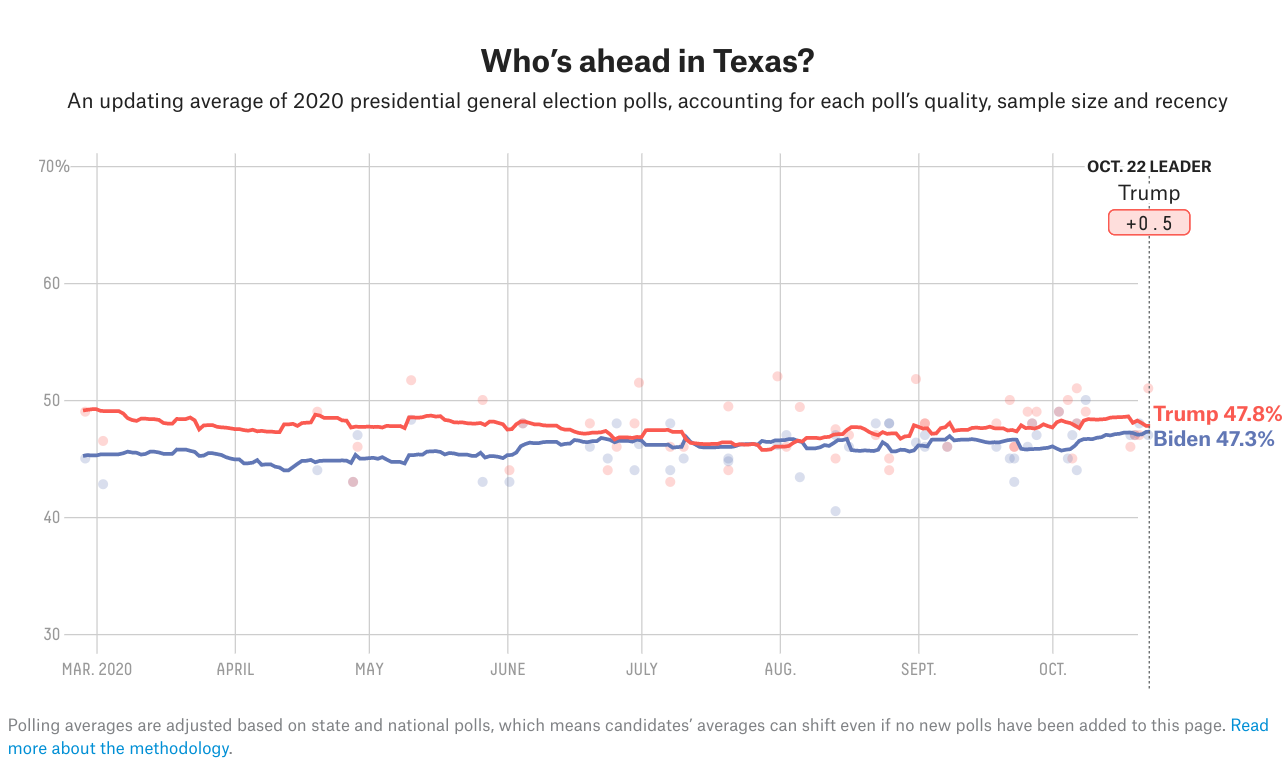 Above is the latest chart from FiveThirtyEight of the polling trend in Texas – the state with 38 ECVs which of it itself would be enough to give Biden the Presidency.

This is where there has seen an explosion in in-person early voting which the Republican governor was prevented by the courts from trying to impede. So far a colossal 6,391,021 have voted there with 5,603,359 of them voting in person. This represents more 70% of the total percent of voters in the state at WH2016.

Because there are relatively few mail ballots it is entirely possible that we could get a result overnight on Nov 3/4.

The great pitch being made by Democratic campaign head, Beto O’Rourke, is that a Biden victory here on the night would make it much more difficult for Trump to claim any victory. This is proving to be a big early voting turnout driver and it is not beyond the bounds of possibility that the eventual total of early votes will exceed the 2016 all vote total in the next week.

Beto himself came within 2% of taking the Senate seat here in November 2016 doing miles better than the polling which had him an average 6% behind.

I regard the 3.6 on Biden here that’s currently available as the best bet that’s available right now.