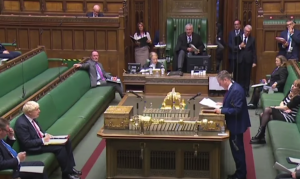 Rather quietly, the government announced this week the death sentence for the unfairly unloved Fixed-Term Parliaments Act. In truth, it was not that bad a piece of legislation; one which took a power away from the executive and handed it to parliament, at least in small measure.

However, two snap elections in a row – one of which came about by circumventing the Act’s provisions – undermined any sense of a new state of a affairs (a sense which never really came into being anyway), and the first government with a decent majority since its passing intends to do away with it and return to the previous system of elections on demand. Or almost on demand.

Repealing it is easier said that done though. While the legislation which the FPTA amended or repealed can be amended back or passed anew, reinstating the core element of the status quo ante – the sovereign’s prerogative to dissolve parliament – is a trickier proposition.

Prerogatives cannot be created by parliaments; they are elemental, essences of ancient times when kings were God’s secular representative on earth; their power not defined by statute but simply inherent in the nature of the monarchy as head of the executive.

Which creates a problem because while prerogatives cannot be created by parliament, they can be destroyed – or trimmed, regulated or otherwise diminished – by it. Put simply, did the FTPA destroy the Queen’s prerogative to dissolve parliament, or did it simply put it into abeyance while other arrangements were in place, ready to be revived if – as is planned – those other arrangements were later repealed? The question has never been authoritatively answered before. Indeed, there’s not really been opportunity to ask it.

But it matters now, not least because the Courts are there to interpret legislation and rule on how it is used or abused. They cannot similarly rule so universally on the use of the prerogative (though nor is it entirely out of bounds, as both Miller-Brexit cases proved).

The government asserts in the Bill that repeals the FTPA that Section 2 “reviv[es the] prerogative powers to dissolve Parliament and call a new Parliament”, which is all very well but if the prerogative was destroyed by the FTPA, it cannot be revived. That point was presumably made by a government lawyer, which is why despite the assertion in it, the Section can be read as either reviving the prerogative or as (re)creating that power anew. In other words, whatever the constitutional status of the power, it can be exercised one way or the other.

More controversially, Section 3 puts the use of the prerogative beyond legal challenge (or attempts to). Again, if the government were confident that the prerogative really were being revived, there would be no need for this clause; the pre-2011 prerogative could not be questioned in court. It’s there as a belt-and-braces check, to ensure that if the power is ruled as having been recreated through statute, it still operates as closely as possible to the pre-2011 situation as possible.

Unfortunately, this is something of a new ticking bomb within the constitution. At one time, the courts were decidedly wary of treading in political waters but reticence has significantly diminished – the most obvious example being the Miller II case last year, where the prorogation of parliament was ruled null when a more traditional ruling (such as that which the High Court gave), would have considered it outside the Court’s jurisdiction.

What seems to be driving the tendency to greater intervention is a greater desire to assert the overriding principle of the ‘rule of law’. Now, that might sound innocuous enough: who could object to the rule of law? What in reality it means here is bringing matters which were previously considered to be the province of politics under the authority and ultimate decision of judges. At the edges, that has the potential to conflict not only with the rule of democracy but with the right of parliament to enact legislation which judges regard as contrary to the rule of law. But while we might flag that risk up for the future, it’s not where we are now.

Even so, that’s no doubt is one reason the Section 3 ouster clause, denying the Courts authority to judge decisions to dissolve parliament, has been written in such broad terms. We might note that this is a government with a very poor record on judicial oversight but in this case it does have a legitimate reason to deny it to the public, who would be granted their say within weeks by the very act that cannot be challenged.

Except the courts have been very good at getting round such clauses and may well do so again. The Miller II case centred on the advice rather than the decision, and though a PM cannot ‘advise’ a general election, there may still be a fruitful line of argument there. Alternatively, the court may decide that the Act has not recreated a power to dissolve parliament so there is no power to exercise (or purport to exercise). A more audacious assertion would be to simply say that the rule of law requires the Section not to be read literally – which would be a very dangerous road to go down as it would imply the Courts can simply ignore any provision restricting their self-proclaimed authority. Indeed, it would, ironically, be coming remarkably close to creating a new prerogative power for themselves.

Of itself, the repeal of the FTPA is very unlikely to prompt such constitutional conflict. The scenarios in which any challenge to a dissolution of parliament could take place are surely limited and the practical demands of doing so during the confined timeframe of a general election campaign considerable. What matters is the government’s willingness – a willingness well-established by its actions as well as, here, its theory – to put itself beyond the review of the law. If it’s successful here, don’t be surprised to see it try something similar again in more contestable waters.