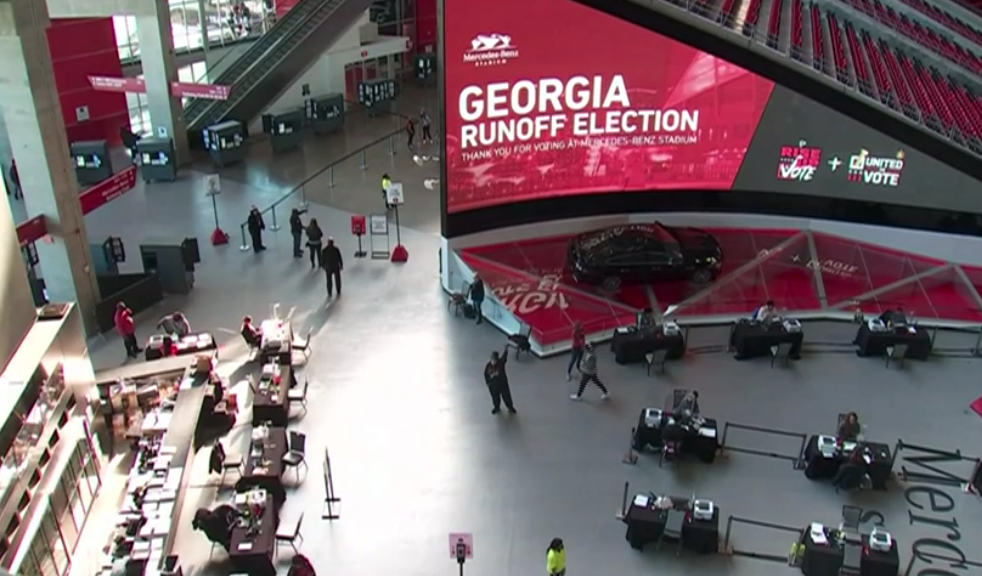 In 8 days time in the state of Georgia there are critical elections which will have a huge impact on how the US is governed at the start of the Biden administration. For on November 3rd the Democrats failed to win control of the Senate but there are two seats outstanding in the state of Georgia. One was a regular election that comes round for every 6 years and the other was a special election for a seat that had become vacant. In neither case did a candidate achieve 50%+ and under Georgia law there has to be a run off of the top two.

If the Democrats take both then the split will be 50-50 with the Republicans which means that the incoming VP will have the casting vote. Because of the crucial nature of the outcome the Democratic campaigns have raised more money than any other senatorial election in US history. The Republicans and the Democrats are thrown absolutely everything at this.

The White House has now announced that Trump will hold a rally in the state on the evening before – something that could work both ways.

Early voting is running as slightly lower levels than at the presidential election in November but partly that is because of the closures around Christmas time.

The two factors in play in time to assess who is going to win: Firstly the Republicans who controlled the state senate house have sought to restrict the number of polling stations that are available for the early voting. So with fewer places to go the queues have been much longer and people have been waiting for 3 hours and more to cast their ballots.

Secondly some Republican figures are suggesting that Republican voters in the state should Boycott the election as a form of protest in support of the fraudulent claim by Trump that the overall result on November 3rd was rigged. I have to say I cannot quite work out the reasoning here but if a significant group of Republican voters do decide to sit this one out then it could have an impact.

The polling has the two races within half percent and I think the value bets are on the Democrats.