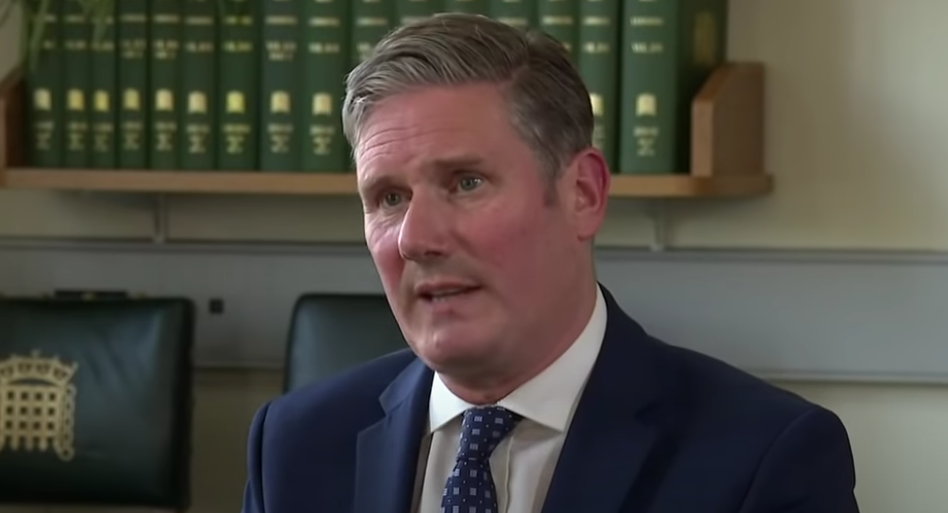 Where is Team Starmer?

Sir Keir Starmer has a lot going for him.  He is credible as a PM-in-waiting, which is more than can be said for his two predecessors.  He seems competent, thoughtful, consistent, honourable, and honest, which are not conspicuous strengths of our current PM.  Admittedly he is rather dull, and a poor public speaker, but overall voters think quite favourably of him; his net ratings were modestly positive in six out of the seven December polls.

One thing he does understand is that the task of getting Labour back into power is a marathon, not a sprint.  He has been cautious, too cautious, in committing to specific policies or even an identifiable political positioning.  This is understandable – there’s not going to be an election until around 2024, and a lot may change by then – but the risk is that if you don’t define your own image, your opponents will define it for you. We saw this in Labour’s position on the EU trade deal: the only two messages which voters will have received were that Starmer vaguely supported the deal, and that the Labour Party was divided on it. That’s not good enough for a party which seeks to form the next government.

Of course, his task is a hard one.  He inherited a party which had totally lost its marbles, and even now the toxicity of Corbynism and the associated taint of anti-Semitism is a problem for him.  The electoral maths looks daunting, as Alastair Meeks’ recent PB article described, and Scotland no longer supplies dozens of Labour MPs.  But, more than that, by the time of the next election Labour will have been out of power for about 14 years.  Many of the experienced figures have left. The institutional memory of how you win elections, of how government works, and the practical experience of being ready to govern again, has already faded.  Starmer’s own political experience is relatively limited.

This is the same problem Blair faced in the lead up to 1997, and Cameron in the lead up to 2010. The ways that they dealt with the problem should be central to Starmer’s planning.  In both cases, there was a tight-knit inner core around the leader, supported by highly visible shadow ministers dedicated to the aim of winning back power.  Blair’s team put in an enormous amount of work, systematically identifying Labour’s electoral weaknesses and addressing them diligently. On all aspects of policy and of personnel, they worked together to gain credibility and to impose their own narrative as a viable alternative to the incumbent government.  The ‘prawn cocktail offensive’ of Mandelson and Brown (started by John Smith) helped neutralise the crucial weakness that Labour was seen as anti-business and unfit to run the economy, and ‘tough on crime, tough on the causes of crime’ addressed the weakness on law and order.  A crucial component was the draconian message discipline imposed by Alastair Campbell, ruthlessly reinforcing the message that Labour had changed and could be trusted to govern.  Cameron and Osborne consciously copied this approach: there was a clear over-arching theme of modernising the Conservative Party, and a lot of work was visibly done both in policy and presentation.

In both cases there was a core group of Shadow Cabinet members, together with a trusted group of SPADs, pollsters, and policy think tanks, working together to present a government in waiting.

The key thing is that those were team efforts. I don’t see anything comparable in Labour today.  Even making allowances for the difficulties of operating in the Covid-19 pandemic, the Shadow Cabinet is almost invisible.  A Survation/Labour List poll found that 21% of Labour Party members had never heard of either the Shadow Home or Education Secretaries, despite the importance of these roles.  And that was Labour members! Nor does there seem to be any loyal Team Starmer acting behind the scenes in support of the leader and acting as a trusted sounding-board; he cuts a lonely figure, running his electoral marathon and making some personal impact, but without the team support needed to win in 2024.  Where are the equivalents of Brown, Mandelson, Campbell, supported by Jack Straw, Robin Cook, David Blunkett, and the other New Labour figures?

To present a credible PM-in-waiting and relying on the current lot being unpopular are not enough; Labour needs to offer a credible government-in-waiting.  Starmer needs a core, trusted team to work on electability and establishing the narrative, and to make sure they are frequently on the airwaves presenting the opposition alternative.  He should also make better use of those who do have experience of winning elections and of governing.  Perhaps most urgently of all, he needs to replace his Shadow Chancellor; amazingly, he has managed to find someone even less convincing than Corbyn’s choice of John McDonnell.

Above all, he can’t win the next election by himself.  If he continues to run his campaign as a lonely marathon, he will find himself overtaken by a noisy and vainglorious Boris battle bus.

Richard Nabavi is a longstanding PB contributor and a former member of the Conservative Party.