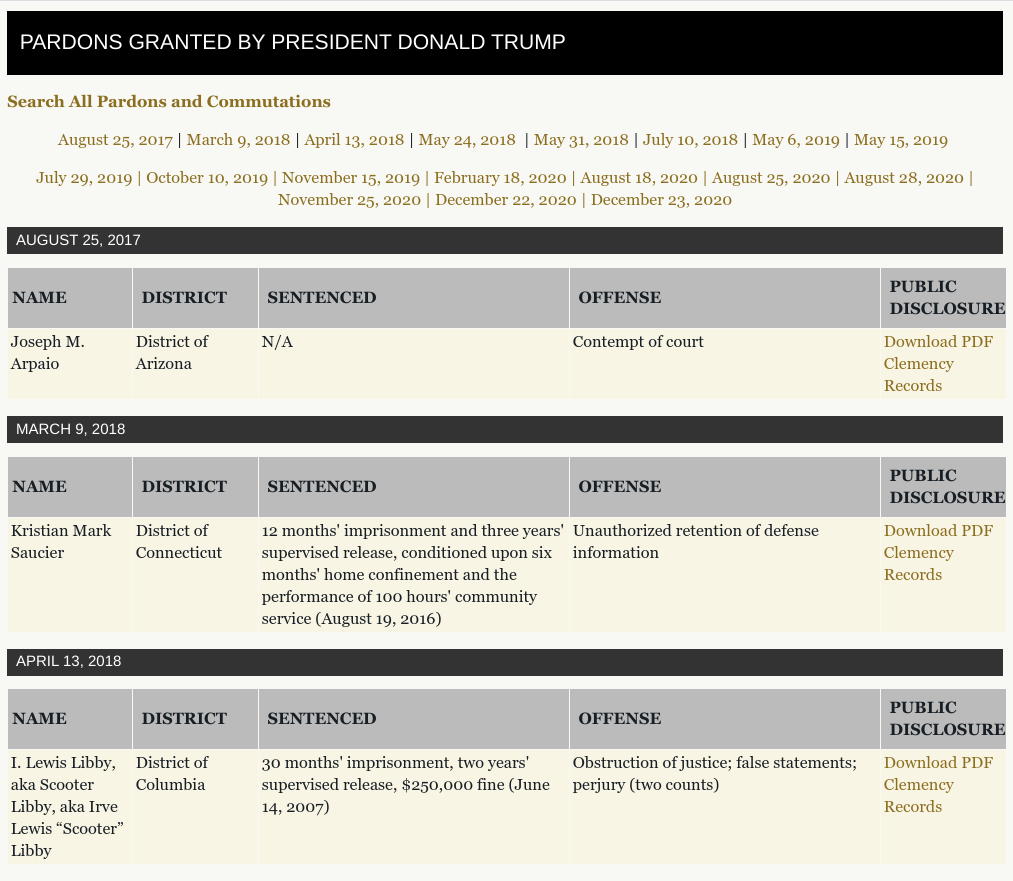 The above is the top of the entry on the US Department of Justice website of the dozens of people who have been pardoned by Trump during his presidency. No doubt this list will be added to in the days that remain before Biden is inaugurated on January 20th.

There’s a lot of speculation about who will make the final list which is likely to include those who have been closest to the President during his time in office. There’s one name however that could prove to be highly controversial – Trump himself.

Is he going to take the step of pardoning himself and would that be legal? On the betting markets Trump taking this step is roughly seen as a 50-50 chance. This is how Smarkets define their market.

This market is on whether President Donald Trump shall grant a pardon to himself for one or more criminal offences, charges or convictions, during his first term. Such pardon will be considered to have been granted if Mr. Trump himself appears on the official list of presidential pardons granted by President Trump, maintained by the U.S. Department of Justice’s Office of the Pardon Attorney by 11:59 pm on the 15th February, 2021 (EST). A self-pardon for Mr. Trump that is announced (for example on twitter) but does not appear on the official list by the 15th February 2020 shall not be cause to settle this market for yes. Subsequent removal, revocation or legal challenge to such a pardon grant that appears on the official list at any time before the End Date shall have no bearing on the outcome of this market.

It is important to note that the bet is not on whether a self-pardon would be legally valid but whether Trump will make such a move before his departure.

The thing to be said against is that pardoning himself could be seen as an admission of guilt by the outgoing president though whether that would inhibit Trump we do do not know.

Given the events in Washington of last Wednesday it is harder to see such a move being sanctioned by the courts.

My inclination is to bet that he will because there is no limit to his audacity and in any case a legal move to block a self-pardon would prolong the process before be could be tried. Anything that could defer facing criminal action would be attractive to him.