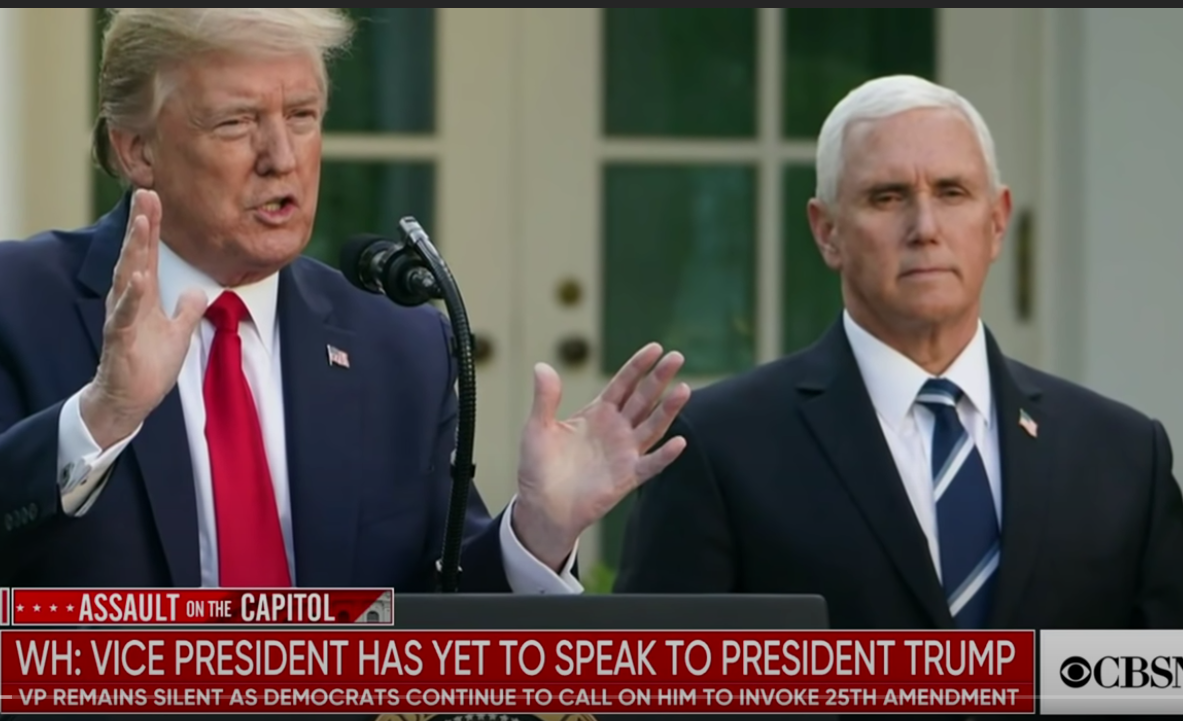 There is .. a deepening and widespread anger among Pence’s aides and allies at how Trump seemingly discarded his most devoted soldier over his refusal to circumvent an important constitutional duty, per these people. The president’s decision not to reach out to Pence and his family while they were sheltered inside a Capitol bunker as pro-Trump rioters breached the building has particularly rankled Pence and others in his orbit. The vice president himself is ‘very upset’ that Trump didn’t do more to dissuade the mob, some of whom chanted for Pence’s execution.”

These have been heady days in Washington as the Trump presidency edges into its final week and a half and the above is quite surprising. Pence had the ceremonial duty of handling Congress proceedings while Trump made all sorts of public comments in the hope that Pence would take action to stop the formal approval of Biden.

It was interesting that during Wednesday’s riot Pence was rescued by the secret service when the mob was about to enter the building.

The poll also finds 56%, holding Trump responsible for the storming of the Capitol, with 42% say they do not. By 52% to 45%, those polled said Trump should be removed from office.