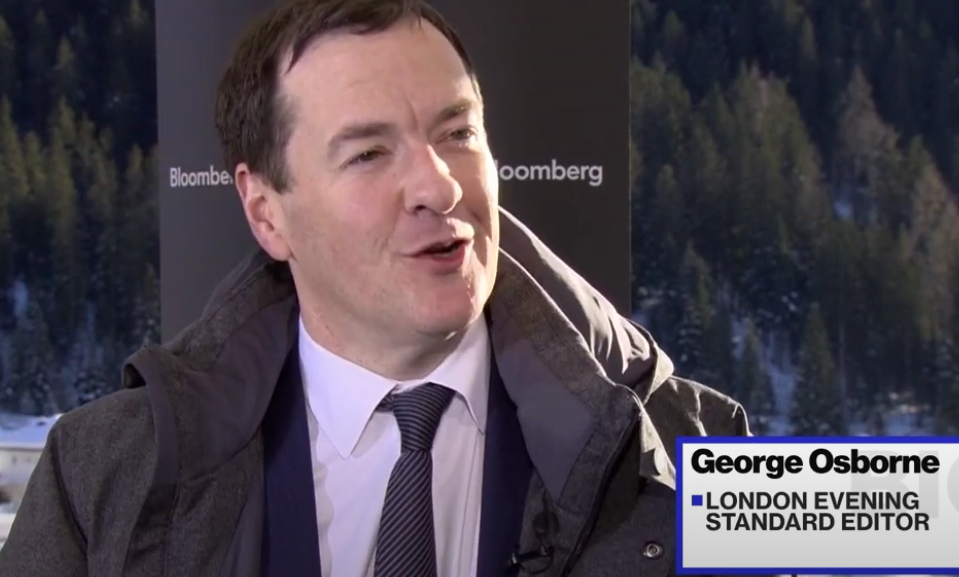 The former Chancellor and now Editor of the London Evening Standard has an interesting piece in his paper tonight in which he gives his analysis of the dramatic events over the past week in Washington and argues that it shows that the democratic process is working. He notes:

Having got to the White House, Donald Trump posed an almost unique danger. It’s hard to imagine a personality less suited to the judicious exercise of awesome power than the biggest narcissist of the modern era, with zero experience of or appreciation for the constraints of political office. Yet the Constitution did its job, constraining the President until democracy did its job and the public removed him from office. Even now, for all the alarming stories of a rogue President in his final days rattling around the Oval Office with the nuclear codes, the truth is that Trump is a prisoner of the Constitution. If he were to try anything dangerous, it’s clear from the behaviour of the Republican Vice President and Senate Majority Leader this last week that he would be removed from office instantly – either through the invoking of the 25th constitutional amendment by his Cabinet or, if that failed, by impeachment.   Yes, there are questions about why so many Republicans, like Mike Pence and Mitch McConnell, tolerated Trump’s behaviour for so long – and served alongside him. But perhaps we in Britain should be a little more understanding. After all, it was only a year ago that many sensible Labour politicians were campaigning to make Jeremy Corbyn our Prime Minister, sitting alongside him in his Shadow Cabinet.

It is hard to argue with any of these points but maybe we have been lucky. Last Wednesday could easily have had a different outcome and who knows where that would have led.