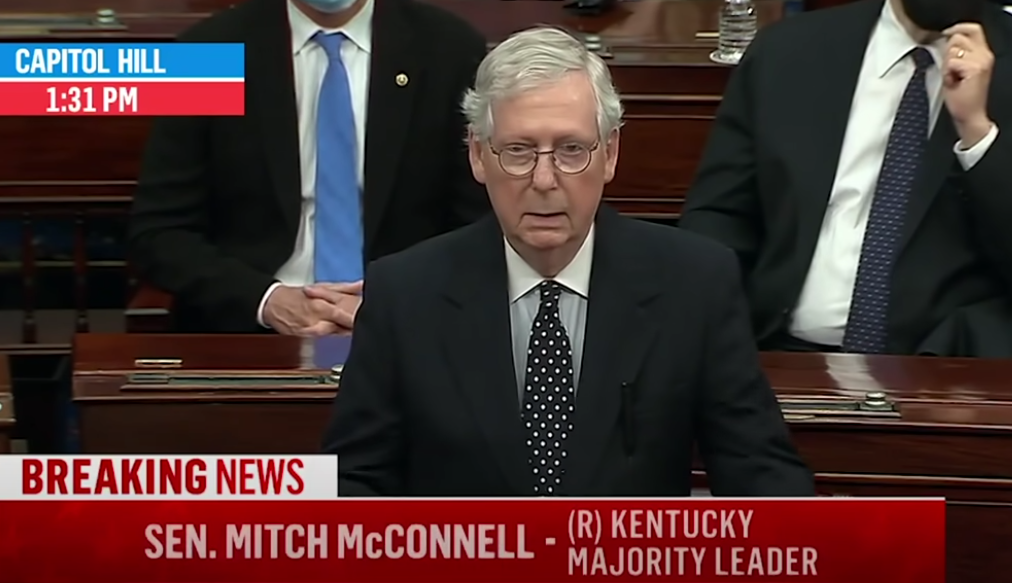 The big development overnight on Trump is a report in the New York Times that Senate Majority leader, Mitch McConnell could just possibly support the Democratic move to impeach.

This comes as the House prepares to debate a move later today to impeach the President which looks as though it will go through. The big doubt that existed was whether the Republicans who still control the Senate would support the move.

It will be recalled that an earlier attempt by the House to impeach Trump was thrown out by the Senate who refused to back the the idea. Now the signs are that something might be different.

The NYT report above states that McConnell has told associates that he believes Trump committed impeachable offences and that he is pleased the Democrats are moving ahead with their moves. This has sparked off speculation that such a move could get through both parts of Congress in time for Trump to be removed before January 20th.

This is from Axios:

“Top Republicans want to bury President Trump, for good. But they are divided whether to do it with one quick kill via impeachment, or let him slowly fade away. Senate Majority Leader Mitch McConnell would be more likely than not to vote to convict Trump — a green light for other Republican senators to follow.”

One of the factors that is said to have impacted on McConnell is the loss by his party last week of the two Georgia Senate runoff elections which has had the effect of totally undermining his position. He blames Trump for the Democratic party victories.

If this did got through Trump would be banned from ever seeking elected office again.

So far punters are not convinced and you can get just under 9/1 on Betfair that he will not serve a full term. I think those odds are attractive and have bet accordingly.