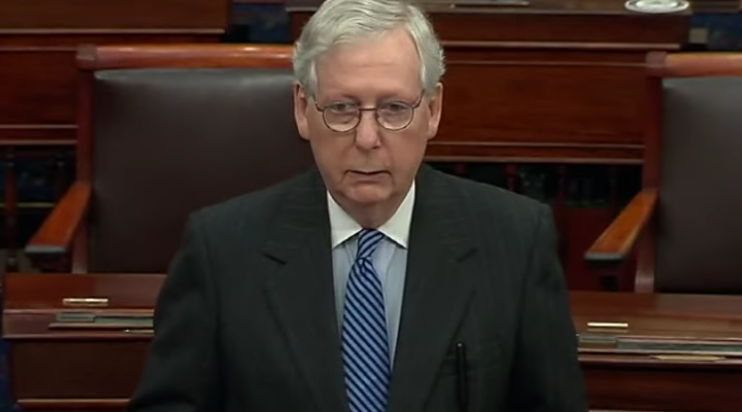 The big question is which way will Mitch McConnell go

At the start of a momentous week in US politics the big question is whether the Senate is going to follow the the House of Representatives’ move last week and pass a resolution impeaching the outgoing president.

It looks as though this decision will take place after president Biden has been inaugurated and that the first weeks of his administration could be dominated by the impeachment question.

The key figure in all this is the leader of the Republicans in the Senate, Mitch McConnell. As a result of the Georgia runoff elections he is about to lose his position as Senate Majority Leader and all the powers that gives him in controlling the business of the house.

McConnell has made clear that he plans to listen to the evidence during the Senate impeachment hearing before making up his mind. He is so central to this because if he decides to back the impeachment move then enough other GOP senators will be more likely join him for the required two third majority.

The big attraction to the Republicans of this happening is that Trump would never be able to stand again.

I think the current betting understates the chances of it going through and I have a reasonably big bet at about 5/2 that it will be passed.