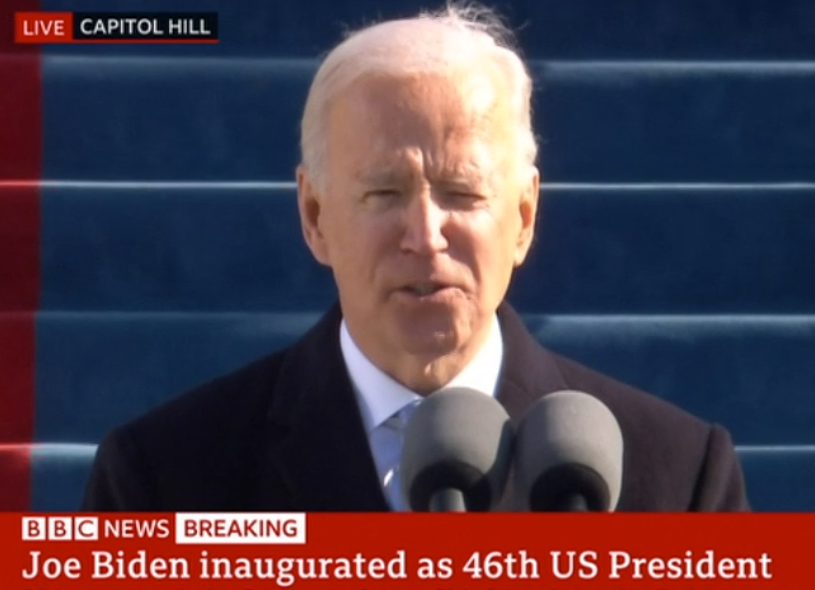 Partly because of the events of two weeks ago this afternoon’s inauguration of Joe Biden as the 46th president of the United States seemed to take on a special significance. What were striking were the regular cutaway TV shots of groups of American soldiers not in formal ceremonial to us but in battle fatigues – a reminder of the occupation of the capital building and the onslaught on the Capitol building that that led to four people being killed.

For the 78 year old former Vice President is taking over in perhaps the most difficult of circumstances and the big question is whether an era of peace and reconciliation will be forthcoming. A big problem is that many Americans believed Trump’s big lie about election fraud and do not regard Biden’s victory as being legitimate. I thought Biden got the tone about right

I just wonder whether the Trump era is going to be seen as an aberration given that WH2016 was the first political election that he had ever fought.

My view is that the Trump legacy is that outsiders without ever holding any political office are going to struggle if they seek to stand in future races.

Trump’s unprecedented boycott of today’s ceremonials in Washington further diminished him as did the fact that so few people turned up for his “rival event” at the air base.

As ever the bookmakers are putting up markets on who will be Biden’s successor in 2024. Trump starts as favourite to be the Republican nominee. I can’t see that happening.