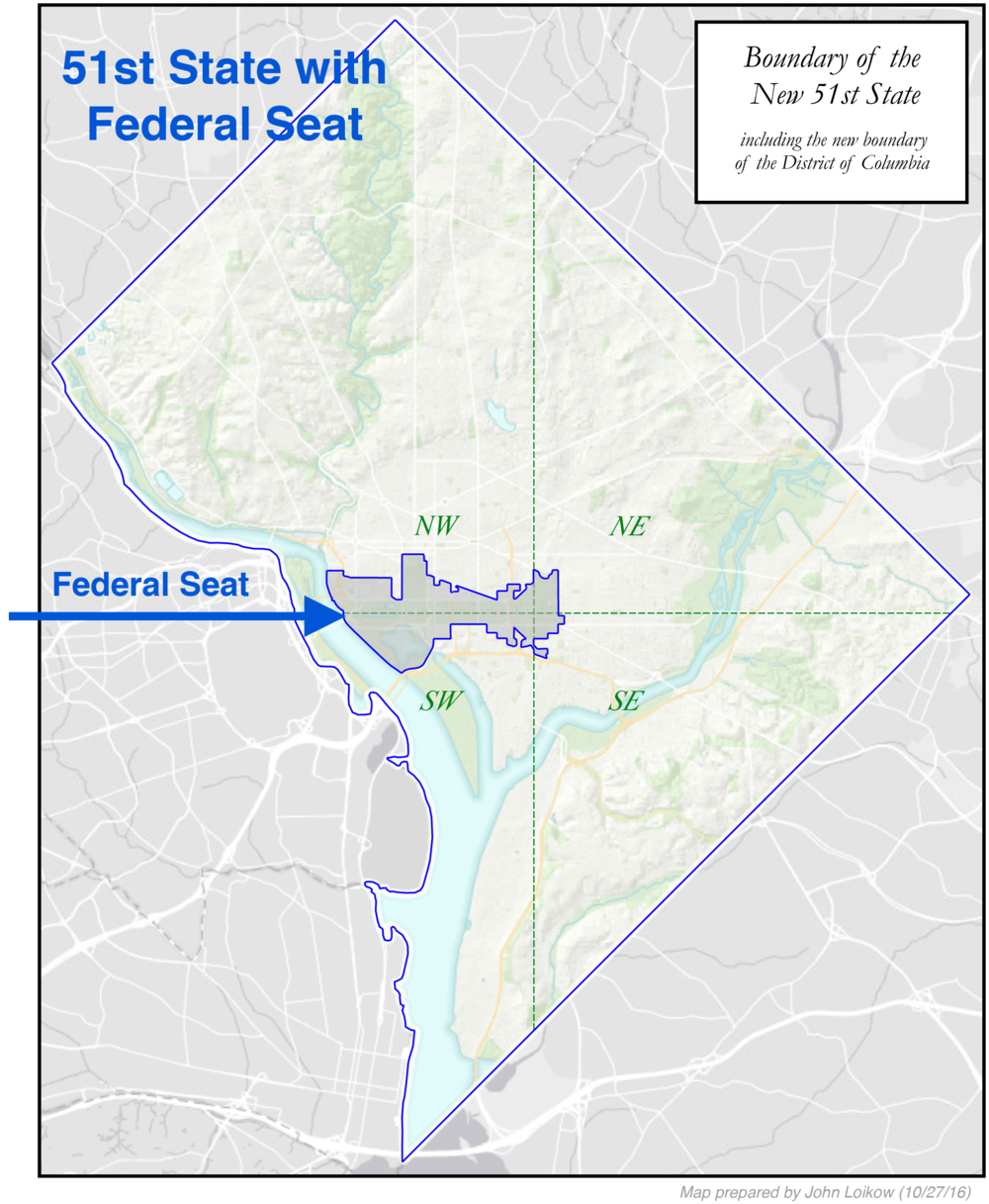 One of the policy commitments that all the Democratic primary challengers were pressed on last year was whether they supported the campaign to make Washington DC a state in its own right. Biden agreed.

The main case is that the district has a larger population than two other states but lacks any voting members in Congress. Also its residents pay more in federal taxes than roughly 20 states.

As part of the campaign that has been going on for years vehicle licence place in DC carry the slogan “End Taxation Without Representation” and there’s an expectation the new President will act.

Last year Congress passed a measure that would create the new state but that got nowhere with Mitch McConnell. He’s totally opposed not least because of the strong likelihood that such a state would have two senators shifting the partisan balance of the Senate.

The planned new state map, see above, excludes the central capitol area because this would make the move unconstitutional.

On the Smarkets exchange there’s abetting market on this and another proposal to make Puerto Rico a state as well. These are the Smarkets rules for their market:

During the Georgia runoffs the prospect of the new state being created was one of the issues that the Republicans sought to exploit in order to get their vote out. The fact that they lost the two seats is what makes this an issue.

The problem with the betting, of course, is that the Senate currently splits 50-50 with the VP having the casting vote. It might be hard getting that through with the numbers so tight particularly as this would have to happen before the end of this year to meet the bet timescale. The current betting is about right.