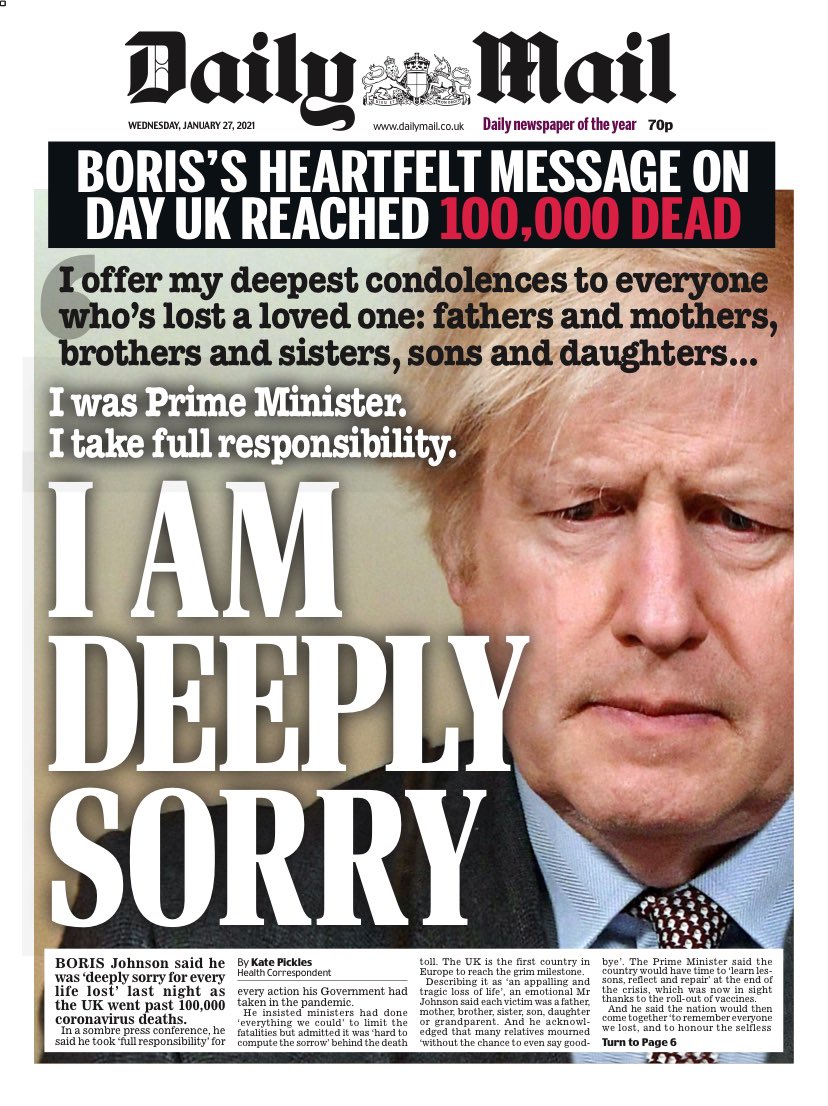 Today’s Daily Mail front pages looks set to one of those that will be remembered and referred back to in the time to come. You can see it being used as one of the pics in the biographies that are likely to be written after he has stood down and will also be clipped for posterity by obituary writers.

COVID has been the defining part of his premiership so far and it is still going on with the fatalities having just past another peak.

What the overall political fall out of COVID will be is hard to say and the impact of it on Johnson’s leadership during this period will have to be with the benefit of hindsight.

A big plus might prove to be the decisions on vaccination which has put the UK in a strong position but his delay in taking action last March could be a big negative.

In many way Boris was very unlucky with the timing just as his major project, Brexit was actually happening.

There’s little doubt that Trump’s handling of the crisis in the US had an impact on the WH2020 outcome and without it he might have just started his second term.