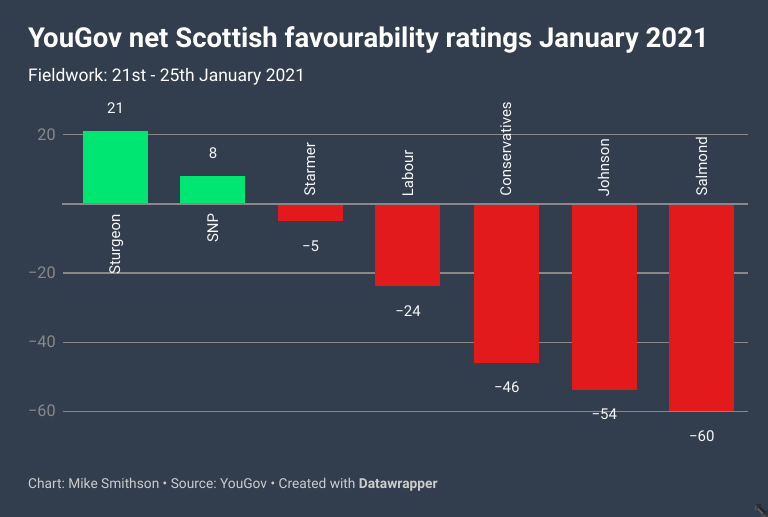 And dreadful figures for Salmond

We don’t often see Scotland specific YouGov favourability ratings but these have just been published by YouGov. It is striking how much better Sturgeon is doing than her party.

The numbers are broadly in line with what you would expect with Johnson and the Tories doing very badly. The only consolation for the PM is that the former Scottish First Minister, Salmond is doing even worse.

Labour and Starmer are faring better but still no sign of any breakthrough to recover in a part of the UK where upto six years ago they were totally dominant. Labour needs to sort out its Scottish leader issues. There’s nobody about with the stature of Donald Dewar.